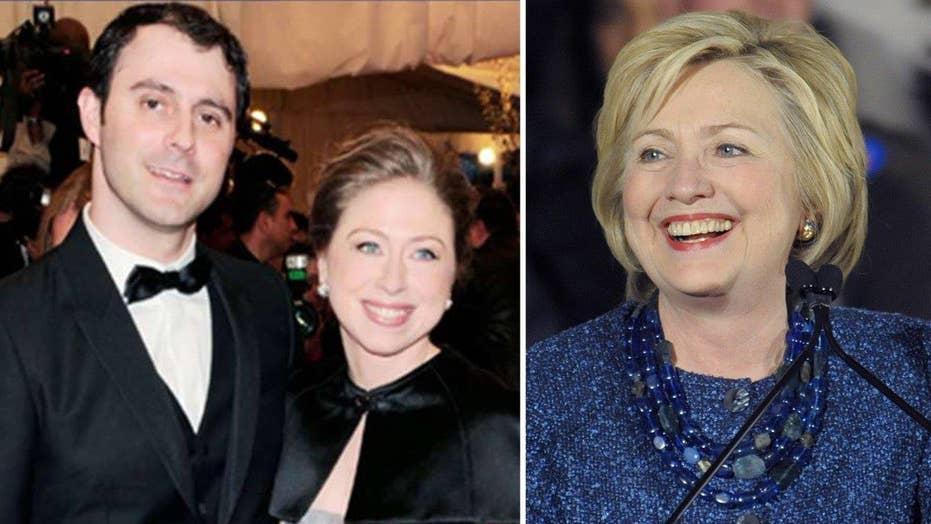 On 'America's Newsroom,' Judge Andrew Napolitano explains the controversy over actions toward a company tied to Chelsea's husband

A conservative watchdog group called Monday for a federal investigation into Hillary Clinton's actions toward a deep-sea mining company tied to her son-in-law.

As first reported by Time magazine, the Foundation for Accountability and Civic Trust (FACT) filed a complaint with the U.S. Office of Government Ethics alleging that Clinton gave Neptune Minerals "special access to the State Department based upon the company’s relationships with Secretary Clinton’s family members and donors to the Clinton Foundation."

The complaint comes two weeks after emails released by the State Department show that Clinton, now the Democratic presidential front-runner, ordered a senior State Department official to look into the request from Marc Mezvinsky.

Mezvinsky, a partner in a New York hedge fund and the husband of Clinton's daughter Chelsea, had received an email in May 2012 from investor Harry Siklas asking if he could help set up contacts with Clinton or other State Department officials.

That August, Clinton relayed a copy of the investor's email to Mezvinsky to Thomas Nides, then a deputy secretary of state and now vice chairman at Morgan Stanley, a major New York financial services firm. "Could you have someone follow up on this request which was forwarded to me?" Clinton asked Nides. He replied: "I'll get on it."

At the time, Clinton was advocating for an Obama administration push to win Senate approval for a sweeping law of the sea treaty. The pact would have aided U.S. mining companies scouring for minerals in international waters, but the Republican-dominated Senate blocked it.

The emails do not show whether Clinton or other State Department officials met with Siklas or with Neptune executives. Federal ethics guidelines warn government employees to "not give preferential treatment to any private organization or individual," but there are no specific provisions prohibiting officials from considering requests prompted by relatives.

In the email, Siklas also said that his then-employer, Goldman Sachs, was representing Neptune. Before joining Eaglevale, Mezvinsky also had worked for eight years at Goldman, partly during Siklas' tenure there between 2004 and 2007. Members of the influential New York firm were one of Clinton's top funders in her 2008 presidential race, giving more than $225,000 that cycle. The firm has also been a major donor to the Clinton Foundation, giving between $1 million and $5 million.

"We believe that requests like this from anyone other than Goldman Sachs and her son-in-law were not passed along," FACT Executive Director Matt Whitaker told Time, "so there was a preference given in her duty as Secretary of State in comparison to other requests."

Whitaker said the Office of Government Ethics could refer the matter to the Justice Department once it conducts an investigation into the emails.