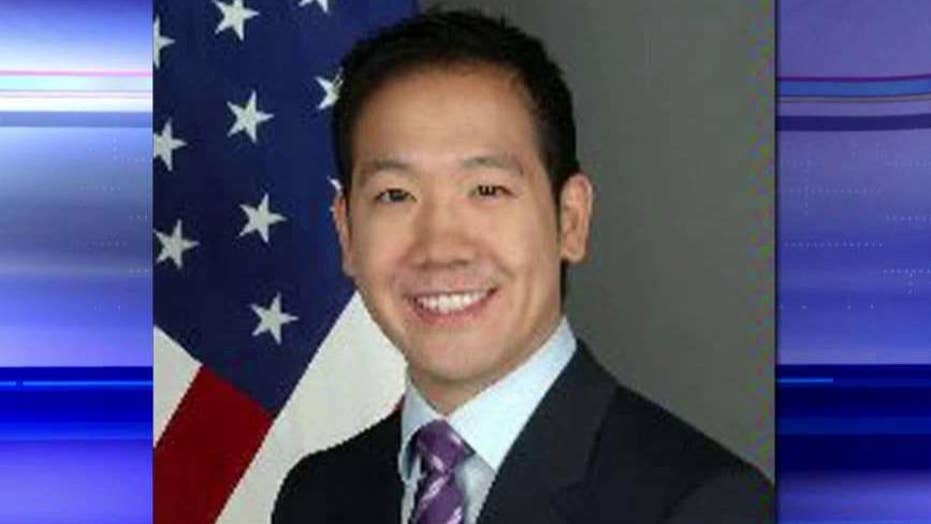 Hillary Clinton’s national finance director has emerged in newly released emails as what one watchdog called the “middle” man between her State Department and family foundation, sharing donor information with a top Clinton confidante when he was working at the foundation.

Dennis Cheng, before joining the campaign, worked for over three years as the foundation’s director of development and before that as deputy chief of protocol in Clinton’s State Department.

He has managed to stay below the radar for years, but emails obtained by Citizens United in a Freedom of Information Act request show him working closely with Clinton aide Huma Abedin – particularly after leaving the department for the foundation.

In one 2012 exchange, Cheng sent a nine-page email to Abedin to prepare Clinton for a briefing on the 67 VIP’s attending a foundation dinner. The guests ranged from major real estate and business executives to former politicians and aid organization representatives.

The email, sent while Cheng was working at the foundation, shows how seamlessly Clinton’s aides moved between government service and the foundation, staying in contact with one another and sharing details about VIP's connected to the group. Based on the emails, Clinton was getting information about the foundation dinner in preparation for a briefing on who was attending – while at the department.

The emails come amid a slew of recent reports showing the Clinton State Department’s frequent interaction with foundation donors, fueling critics’ claims that donations bought access. The campaign has rejected these allegations.

Cheng was an effective fundraiser at the foundation, before coming on board the Clinton presidential campaign. During his three-and-half years working at the Clinton Foundation, published reports credit Cheng, now 36, with building a donor base in excess of $246 million.

In another November email from 2012, Cheng offered Abedin a ride on a private plane to Little Rock. He wrote: “Are u coming to LR? We have donors flying privately on Friday if u want a ride.”

Abedin sent her full name and date of birth for the passenger manifest, apparently accepting the offer. Abedin herself has been criticized for collecting paychecks from the Clinton Foundation and another Clinton-aligned group, Teneo, while a government employee.

Fox News asked the director of the nonprofit Foundation for Accountability and Civic Trust (FACT) to review the emails and Cheng's role.

"He could be best described as the bag man. He's the one that raised the money and also kept the donors happy," said Matthew Whitaker, a former U.S. attorney.

"You would expect and I always expected that Mr. Cheng would be right in the middle of some of these transactions that were going on between the Clinton Foundation and their donors and those that wanted access to the State Department and Secretary Clinton."

Whitaker also said he found it odd that in the more than 50,000 Clinton emails released to date, so few included Cheng, and he suspected some of his communications may be among the more than 14,900 records recovered by the FBI from Clinton’s servers but not yet released.

"I was surprised his name was not mentioned in [the] first email dump,” Whitaker said. “I expect to see his name pop up a lot more. He stays below the radar, making sure those that give are taken care of with access."

State Department spokesman Mark Toner, asked about Cheng’s overlap with the foundation, said, "There was no impropriety. ... There was nothing precluding State Department officials from having contact, in this respect, with Clinton Foundation staff."