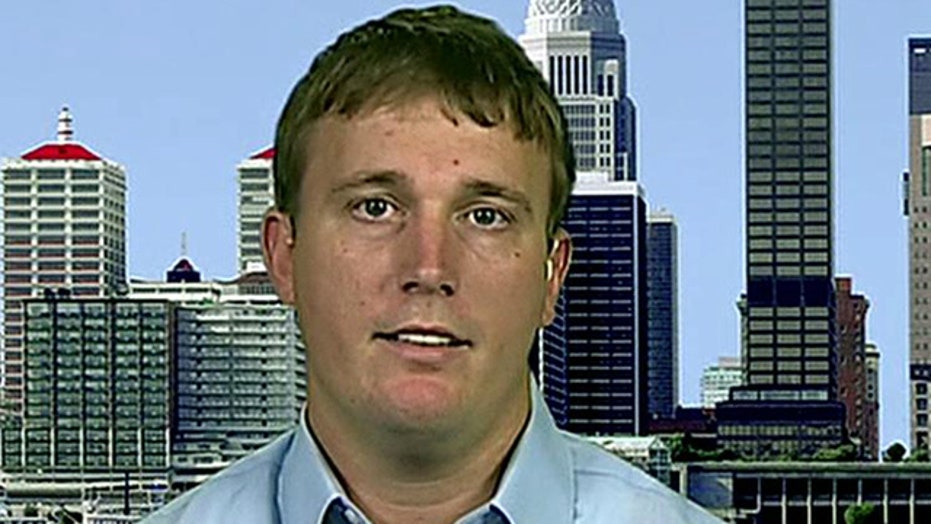 Never leave a fallen comrade behind. That's the creed Sgt. Dakota Meyer -- later given the Medal of Honor for his actions -- was living by when he recovered four dead Americans in the Ganjgal Valley of Afghanistan during a deadly Taliban ambush.

And it's the creed he cites today as he speaks out to try to save the life of a friend and comrade trapped in Afghanistan.

An Afghan translator, who goes only by "Hafez" to protect his identity, fought alongside Meyer that day in September 2009 and has been waiting three years for a special visa that would allow him to live in the United States. Meyer fears that his application is being caught up in bureaucratic red tape and that if Hafez doesn't leave Afghanistan soon, he will be left behind.

Meyer says the Taliban has a target on Hafez's back, and that his life is in serious danger. The situation is made worse, Meyer says, by the fact that Hafez has been waiting for so long to get into the United States.

In a recent email to Meyer, Hafez wrote: "The reason I am bothering you the security situation where I am living geeing [sic] worse, and every night I am guarding to protect me self and my family. If you are getting upset it is OK, I will not bother you anymore."

In an interview with Fox News, Meyer said he won't rest until Hafez makes his way to the United States. "Hafez was with me the entire time. He is such a great man," he said.

Meyer said Hafez's actions were just as heroic as his own. When Meyer got to the scene of the Taliban ambush in the Ganjgal Valley, Hafez had already been shot and was making his way out.

"I looked at him and said 'I need you to go back in.' He had just had a new kid," Meyer said. "He said 'Inshallah' and said if it is my day to die it is my day to die. He was right next to me. ... He was handing me more ammo and at one point he got the gun and was covering me."

Bing West, a former assistant secretary of Defense and author of "Into the Fire," a book that documents the deadly battle, said because of his involvement in that battle, the Taliban knows Hafez's true identity.

"Hafez killed many Taliban and he was yelling at them over the radio," West said in an interview with Fox News. "So the Taliban know who he is and for four years he has been left out in the battlefield -- gradually they are going to get him."

Meyer said that with the drawdown of U.S. forces, Hafez is now out of a job and increasingly desperate to provide for his wife and two children.

The U.S. is already facing criticism over the case of Shakil Afridi, the Pakistani doctor who helped the CIA track Usama bin Laden and was imprisoned in Pakistan shortly after that raid.

Gen. Joseph Dunford, the head of the International Security Assistance Force and U.S. forces in Afghanistan, told Fox News through a spokesman that he believes Hafez should receive a visa "as soon as possible."

Meyer and West say there is a backlog of thousands of Afghan and Iraqi translators seeking asylum in the United States. A senior State Department official, who would not comment publicly on this case, said the department "is handling as many cases as we can as fast as we can."

Indeed, since legislation was passed in 2007 designed to protect Iraqis and Afghans who served the U.S. government abroad, nearly 2,700 translators have been admitted to the U.S.

Hundreds more translators have been admitted through broader special visa programs, although the State Department doesn't track those specific numbers.

Yet the system remains backlogged and since 2008, it has only approved special immigrant visas for an average of 130 translators per year.

West admits there is reason to be cautious about letting in too many Iraq and Afghan nationals. There will always be a concern about a terrorist threat from someone who slips through the cracks.