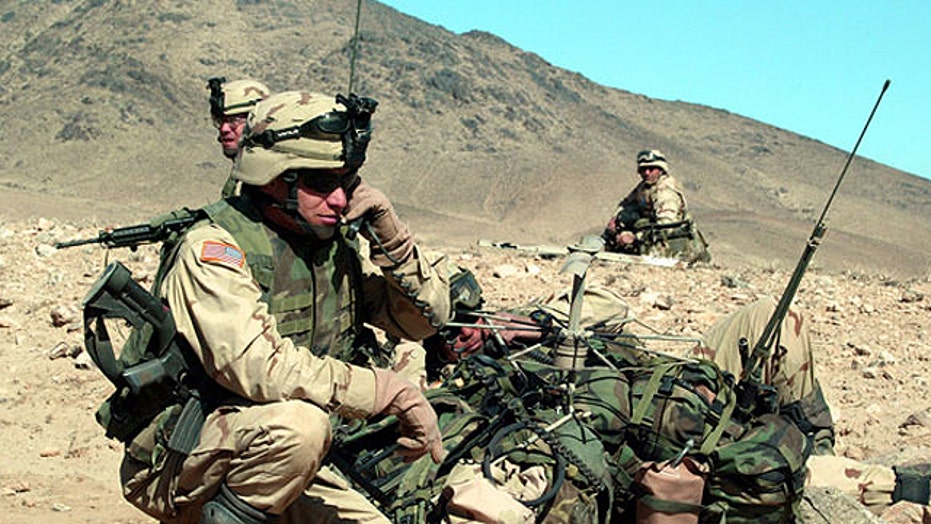 Military takes another hit from Congress

The founder of Iraq and Afghanistan Veterans of America told Fox News’ Megyn Kelly Wednesday the $1.1 trillion spending bill waiting final approval in the Senate is a “total betrayal” of veterans, as it includes a cut to their retirement benefits.

Paul Rieckhoff said on “The Kelly File” the budget agreement is a “whole new level of bipartisan stupidity,” saying lawmakers are breaking a promise to those who have put their lives on the line to serve their county.

“It’s a promise that’s been made with our military folks when they raised their right hand and they sign up,” he said. “Somebody in Washington came up with this stupid idea to try and find some money to save and they are going to do it on the backs of retirees from the military? It’s absolutely absurd.”

Rieckhoff called on the public to join veterans’ groups to get the cuts to military pensions repealed “immediately.”

“Find the money somewhere else,” he said. “You mean to tell me in the entire Defense budget they can’t find somewhere else to make outside of the retirement benefits of folks who have served sometimes eight, nine tours? Our members are outraged across the country...”