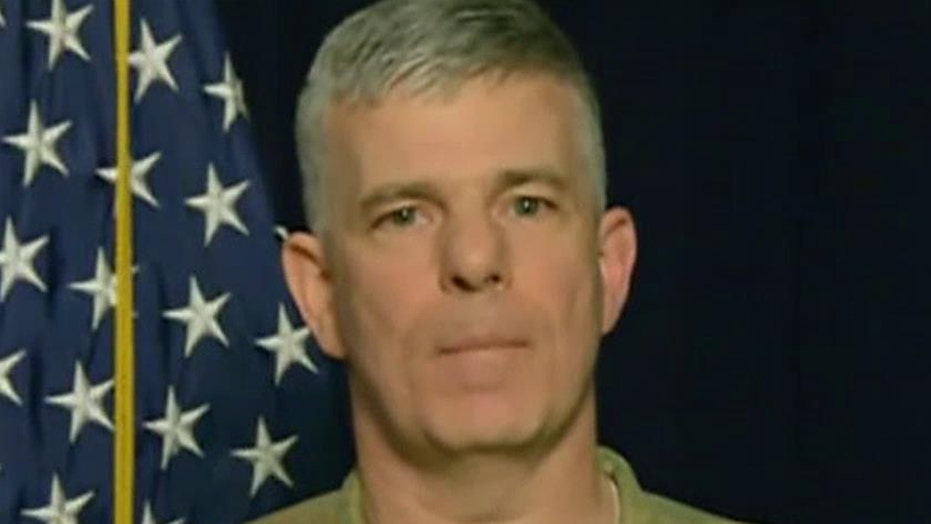 In a bold vow to hunt down one of the most wanted men on the planet, the spokesman for U.S. forces in Iraq told the Islamic State terror group's chief Abu Bakr al-Baghdadi his days as a free man were numbered.

“I hope that al-Baghdadi watches these press conferences because I want him to know that we are hunting him and we will find him just like we found his mentor Zarqawi and killed him. Just like we found the grand master of terrorism Usama bin Laden, we killed him," Col. Steve Warren told reporters.

"We are going to find Baghdadi, and he will taste justice. I don’t know if that justice will look like a hellfire missile or if it will look like a dark prison cell somewhere but he will find justice one day."

Warren says he believes Baghdadi is alive and continues to move between Iraq and Syria. “This is a terrorist that should not sleep well ever,” Warren added.