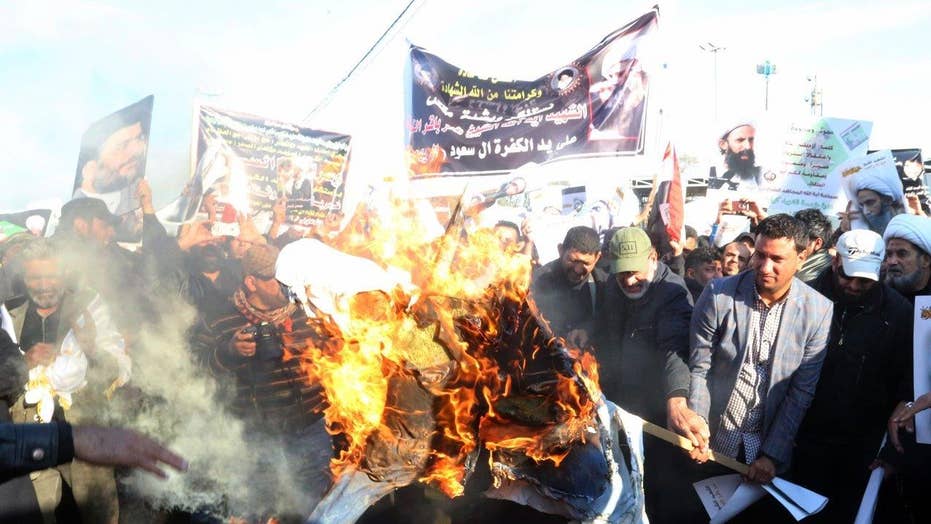 The Obama administration and its Western allies have been left scrambling to smooth over a rift between Saudi Arabia and Iran that erupted over the weekend after the Saudis executed a prominent Shiite cleric.

According to The Washington Post, the Obama administration fears that the escalating dispute could negatively affect the ongoing fight against the ISIS terror group, as well as the effort to bring Syria's ongoing civil war to a peaceful conclusion.

At least one U.S. official blamed the Saudi government for stoking tensions by executing Sheikh Nimr al-Nimr, a central figure in Arab Spring-inspired protests by Saudi Arabia's Shiite minority until his arrest in 2012.

"This is a dangerous game [the Saudis] are playing," the official told the Post. "There are larger repercussions than just the reaction to these executions."

That drew an angry response from a Saudi official, who told the Post, "Tehran has thumbed its nose at the West again and again, continuing to sponsor terrorism and launch ballistic missiles and no one is doing anything about it."

"Every time the Iranians do something, the United States backs off," the official added, according to the Post. "The Saudis are actually doing something."

The executions illustrate Saudi Arabia's new aggressiveness under King Salman. During his reign, Saudi Arabia has led a coalition fighting Iran-backed Shiite rebels in Yemen and staunchly opposed the nuclear deal world powers struck with Iran this past summer.

It also represents just the latest turmoil in the two countries' long-rocky relationship, which saw diplomatic ties between them severed from 1988 to 1991.

On Sunday, al-Jubeir told a news conference in Riyadh that the Iranian regime has "a long record of violations of foreign diplomatic missions," dating back to the occupation of the U.S. Embassy in 1979, and such incidents constitute "a flagrant violation of all international agreements," according to the official Saudi Press Agency.

He said Iran's "hostile policy" was aimed "at destabilizing the region's security," accusing Tehran of smuggling weapons and explosives and planting terrorist cells in the kingdom and other countries in the region. He vowed that Saudi Arabia will not allow Iran "to undermine our security."

At least 40 people were arrested Sunday after a protest outside the Saudi Embassy quickly grew violent as demonstrators threw stones and gasoline bombs at the embassy, setting part of the building ablaze

State Department spokesman John Kirby said Sunday the Obama administration was aware of the Saudis' severing of ties with Tehran. "We believe that diplomatic engagement and direct conversations remain essential in working through differences and we will continue to urge leaders across the region to take affirmative steps to calm tensions," Kirby said.

In recent months, U.S. Secretary of State John Kerry and others have spent significant time trying to bring both countries to the negotiating table and they both sat together at talks aimed at finding a diplomatic solution to the civil war. Last month, Saudi Arabia convened a meeting of Syrian opposition figures that was designed to create a delegation to attend peace talks with the Syrian government that are supposed to begin later this month.