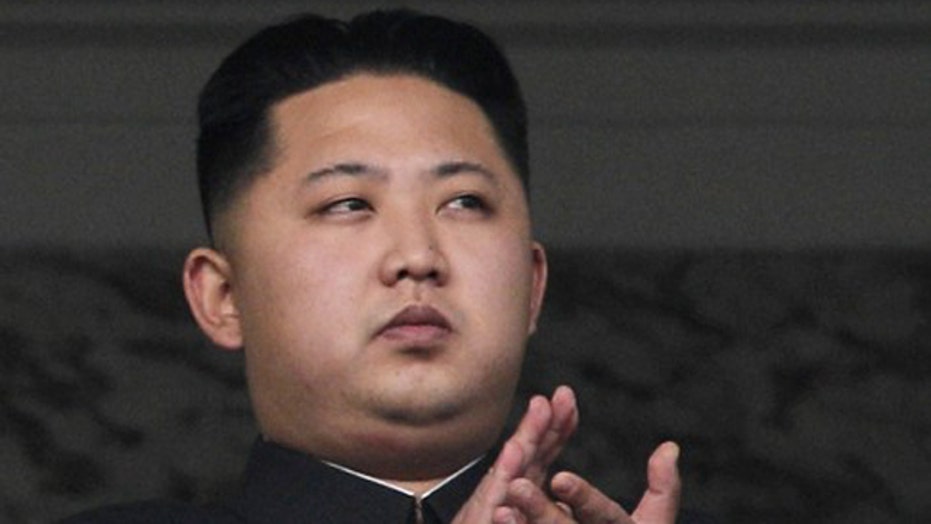 Is Kim Jong Un trying to restart the Korean War?

U.S. military members stationed in South Korea are on a heightened state of alert known as “enhanced status” amid flaring tensions on the peninsula and threats of war from Pyongyang.

Earlier Friday, North Korean leader Kim Jong Un declared his front-line troops were in a "quasi-state of war" and ordered them to prepare for battle, after the most serious confrontation with South Korea in years.

The situation led the U.S. and South Korea to temporarily halt an annual military exercise. But David Shear, the assistant defense secretary for Asia issues, told reporters Friday that they have since resumed.

He said the U.S. is continuing to monitor the situation closely, adding that the U.S. calls on Pyongyang to "refrain from actions and rhetoric that threaten regional peace and stability."

He gave no details on what kind of military retaliation North Korea would see as appropriate punishment for South Korea's shelling of its territory Thursday – which was in response to alleged rounds from North Korea.

It’s the latest challenge in the regional feud.

South Korean Defense Minister Han Min-koo issued a warning at a press conference as a South Korean media outlet reported that Pyongyang appeared to be preparing to test-fire short- and mid-range ballistic missiles.

The report by Yonhap News Agency cited a South Korean government source who said that North Korea seemed to be "weighing the timing of the firing under its strategic intention to increase military tension on the Korean Peninsula to the highest level." The source also said that the apparent preparations for the test had been detected by South Korea's joint radar system, which it shares with the United States.

The North has given Seoul a deadline of 5 p.m. Saturday evening (4 a.m. EDT) to remove border loudspeakers that — after an 11-year lull -- have started broadcasting anti-Pyongyang propaganda. Failure, Pyongyang says, will result in further military action. Seoul has vowed to continue the broadcasts.

The North's media report said that "military commanders were urgently dispatched for operations to attack South Korean psychological warfare facilities if the South doesn't stop operating them." South Korea's vice defense minister said Friday this likely meant the North would fire on the 11 sites where South Korea had set up loudspeakers to broadcast propaganda.

The loudspeaker broadcasts began after South Korea accused the North of planting land mines that maimed two South Korean soldiers earlier this month. One of the injured soldiers lost both legs and the other one leg. North Korea denies the South's accusation and demanded video proof.

North Korea on Thursday afternoon first fired a single round believed to be from an anti-aircraft gun, which landed near a South Korean border town, Seoul said. About 20 minutes later, three North Korean artillery shells fell on the southern side of the Demilitarized Zone dividing the two Koreas. South Korea responded with dozens of 155-millimeter artillery rounds, according to South Korean defense officials.

North Korea said the South Korean shells landed near four military posts but caused no injuries. No one was reported injured in the South, either, though hundreds were evacuated from frontline towns.

The Koreas' mine-strewn DMZ is a legacy of the 1950-53 Korean War, which ended with an armistice, not a peace treaty, leaving the Korean Peninsula still technically in a state of war. About 28,500 U.S. soldiers are deployed in South Korea to deter potential aggression from North Korea.