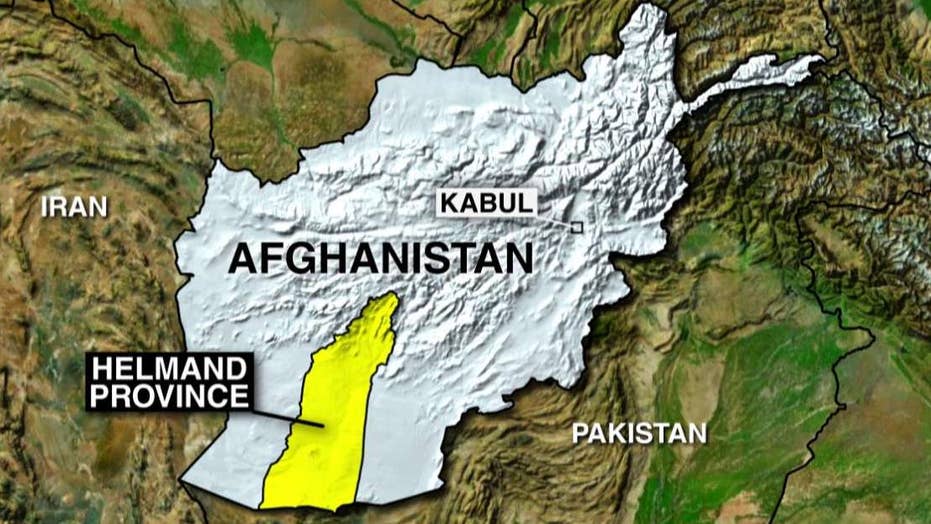 For the first time since combat operations were declared over at the end of 2014, a battalion of 500 U.S. Army infantrymen is being sent to southern Afghanistan’s volatile Helmand Province where the Taliban have made a comeback, Fox News has learned.

The decision, confirmed by defense officials, is a sign of military escalation in the country even as the Obama administration tries to draw down.

The battalion is meant to relieve a company of 150 soldiers, giving the U.S. Army nearly 350 more soldiers to prevent the Taliban from taking over volatile Helmand province.  The Army’s 2-87 infantry battalion, part of the 10th Mountain Division based at Ft. Drum, N.Y., was scheduled to deploy to Bagram Airbase in Afghanistan this winter -- but instead will be sent to Helmand, according to defense officials familiar with the order.

The additional soldiers will provide increased “force protection” for a team of special operations forces training and advising the Afghan Army’s 215th Corps, which has suffered from desertions and poor leadership, according to the top U.S. commander in Afghanistan.

The 500 soldiers will not increase the overall number of U.S. soldiers in Afghanistan. That number will remain at 9,800, according to defense officials.

A spokesman for U.S. forces in Afghanistan says the new Army troops will not “participate in combat operations.”

The decision follows a series of clashes with Taliban forces. Since leaving Helmand Province, a rich source of revenue for the Taliban from the region’s poppy plants, the Taliban have made a comeback.

Last month, a U.S. Army Special Forces soldier was killed fighting the Taliban while advising Afghan forces in Helmand and two others were wounded during a firefight that lasted for hours.

An Army Blackhawk helicopter sent to rescue the dead and wounded was disabled after its rotors struck the wall of the compound where the special forces team had positioned itself.  A Quick Reaction Force was sent to reinforce special operations team and Afghan forces engaged with the Taliban.  The downed helicopter was recovered days later. During the battle, US F-16s conducted 12 airstrikes against the Taliban.

During a Pentagon press briefing taking place at the same time of the Helmand battle in January, Pentagon Press Secretary Peter Cook refused to call the ongoing firefight “combat.”

“It is safe to say that Afghanistan is a dangerous place” Cook said, when asked by Fox News if a “combat mission” continues in Afghanistan. “That mission has not changed for the U.S. troops on the ground – providing training and assistance to those Afghan forces,” he added.

In October, the Taliban managed to take over Kunduz Province in the north, drawing U.S. special operations forces to the area to help Afghan security forces repel the Taliban’s advances. In the ensuing fighting, a U.S. AC-130 gunship destroyed a Doctors Without Borders hospital, killing 22 on Oct 3.

On Monday, The Guardian first reported that a U.S. Army battalion would be sent to Helmand.

Prior to the drawdown in 2014, 378 U.S. Marines and 450 British soldiers died in Helmand in some of the fiercest fighting since combat operations began in Afghanistan after 9/11.

The 500 soldiers deployed there have to occupy a former U.S. base in Afghanistan turned over to Afghan forces at the end of 2014.

This development comes less than a week after the outgoing U.S. commander for U.S. and allied forces in Afghanistan told lawmakers that rules of engagement prevent U.S. forces from striking the Taliban unless in self-defense.

“Our country has made the decision that we are not at war with the Taliban,” Gen. John Campbell told senators. The State Department does not include the Taliban on its foreign terrorist organizations list.

Campbell also said the Taliban took advantage of a significant decrease in U.S. airstrikes in 2015, which helped the Taliban gain strength. “I think the Taliban know that we downsized,” said Campbell.

“We do not need a big U.S. troop buildup in Afghanistan, but we should take the gloves off those who are there,” said retired General David Petraeus and Michael O'Hanlon in a Washington Post op-ed last month.

Campbell told Congress that a quarter of Afghanistan is now in danger of falling to the Taliban. But he told lawmakers last week he did not want to make any public announcements about troop levels.