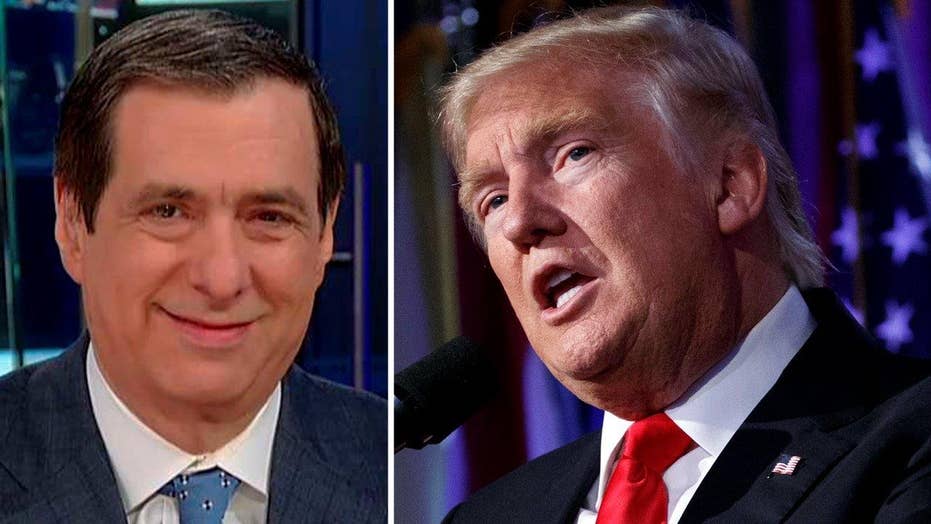 Things are getting ugly in the liberal precincts of the media.

As the news business tries to grapple with the previously unthinkable—a Trump presidency—some of its left-wing practitioners are venting their rage, both at the country and at the press.

Jamelle Bouie, an African-American and a top political writer for Slate, tweeted: “I didn’t quite understand how much white people hated us, or could at least live with that hate. Now I do.”

That was before Bouie apologized for misunderstanding the election but after he wrote that Trump “all but cried [the N-word].”

Jeff Jarvis, a liberal media critic, author and blogger who directs a journalism program at the City University of New York, blamed the press, tweeting:

“I fear that journalism is irredeemably broken, a failure. My profession failed to inform the public about the fascist they are electing.”

Jarvis also wrote: “I'll say it: This is the victory of the uneducated and uninformed.” (He blamed others as well, including his race for “inherent racism,” his gender for “sexism” and himself.)

Can anyone seriously suggest that the press didn't go all out in investigating every aspect of Trump's life and career? But if you're convinced he's a fascist, you think journalists somehow fell down on the job.

Now let me say that I understand passions are running high in the wake of a bitter and divisive election. Donald Trump said things during the campaign that many people understandably found offensive. And since Tuesday morning began with the widespread expectation that Hillary Clinton would become the first woman to win the White House, I understand the crushing disappointment for those commentators who were sympathetic to her cause.

But the vitriol is deeply unattractive—and goes to the heart of why the media misjudged Trump, and his supporters, for a year and a half.

The Republican nominee pulled off the incredibly difficult feat of capturing Michigan and Wisconsin because he struck a deep chord, there and elsewhere, with white, paycheck-to-paycheck Americans who are angry and frustrated at a political system that does little for them. And most journalists who work for national news organizations are simply out of touch with those folks.

Imagine how these liberal journalists would have reacted if Clinton, who gave a gracious concession speech yesterday, had won and Trump supporters were still calling her a liar and criminal who should be locked up.

To dump on the people who back Trump as a bunch of dumb, racist yahoos is to say that they’re simply too idiotic and prejudiced to vote in their own self-interest, unlike we the media, who know what's best for them.

Instead we have commentators and media outlets on the left doubling and tripling down. The Huffington Post, which embarrassed itself by long relegating Trump to the entertainment section, started with this headline: “Nightmare: President Trump.” Followed by “Mourning in America.” Although the website now plans to drop the editor’s note on every story declaring Trump to be a racist, sexist xenophobe.

“The election of Donald Trump to the Presidency is nothing less than a tragedy for the American republic, a tragedy for the Constitution, and a triumph for the forces, at home and abroad, of nativism, authoritarianism, misogyny, and racism. Trump’s shocking victory, his ascension to the Presidency, is a sickening event in the history of the United States and liberal democracy.”

Others played up the racial angle. Van Jones, a CNN commentator who once served in the Obama White House, called Trump’s win “a white-lash against a black president.” President Obama, though, was not on the ballot.

Still others played the sexism card. Salon called Hillary’s loss “The Misogyny Apocalypse…It was unimaginable that America would self-destruct rather than elect a female president.”

Keep in mind that many conservative commentators were also in the #NeverTrump camp. But National Review congratulated him in an editorial, while hoping he can win the trust of the part of the country that views him as unfit. The Weekly Standard, whose editor Bill Kristol was an implacable foe, ran a piece by Fred Barnes titled “Trump Didn’t Split the GOP—He Strengthened It.”

Back in 1968, the Washington Post cartoonist Herblock made a decision when Richard Nixon, whom he had always portrayed as a sinister-looking guy with a 5 o’clock shadow, won the election. He declared that he gave every new president a clean shave, and Nixon’s stubble vanished.

As the country prepares for the next four years, Trump’s liberal critics—while obviously entitled to battle the 45th president--might show a similar graciousness.