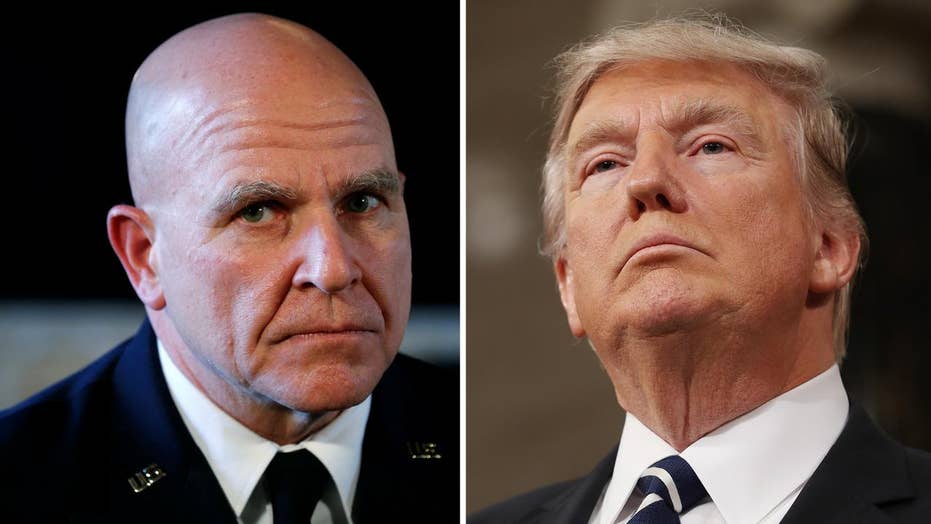 President Trump’s newly appointed national security adviser on Thursday reportedly held his first “all hands” staff meeting where he said labels like “radical Islamic terrorism” are not helpful because he said terrorists are “un-Islamic.”

The New York Times, citing people who attended the National Security Council meeting, reported that Lt. Gen. H.R. McMaster was in his Army uniform at the time and it represents a break from the opinion of other senior advisers.

Peter R. Mansoor, a retired Army colonel who served with McMaster in Iraq during the 2007 surge of U.S. troops, said earlier that McMaster “absolutely does not view Islam as the enemy."

"So I think he will present a degree of pushback against the theories being propounded in the White House that this is a clash of civilizations and needs to be treated as such," he said.

The national security adviser has a special role within the government, working directly with the president but not subject to confirmation by the Senate. McMaster will advise Trump and serve as his coordinator of foreign and defense policy.

On the day McMaster was sworn in, Slate magazine ran an article titled, “Trump Just Hired the Army’s Smartest Officer.

“The key thing to know about McMaster—an active-duty three-star general and deputy commander of the Army’s Training and Doctrine Command—is that he has made a career of speaking truth to power, often instinctively, without the slightest talent for fawning to his superiors,” Fred Kaplan, the article’s author, wrote.

McMaster, 54, is an independent-minded soldier widely admired for his leadership skills, but he is short on experience in Washington's trenches.

His appointment reinforces the more mainstream approach to security that Trump is getting from Pentagon chief Jim Mattis, who seems to have steered the administration toward stronger support for NATO and allies in Asia, and away from the reauthorization of torture in interrogations.

“McMaster, like (President) Obama, is someone who was in positions  of leadership and thought the United states should not play into the jihadist propaganda that this is a religious war,” William McCants, a senior fellow at the Brookings Institution, told The Times.