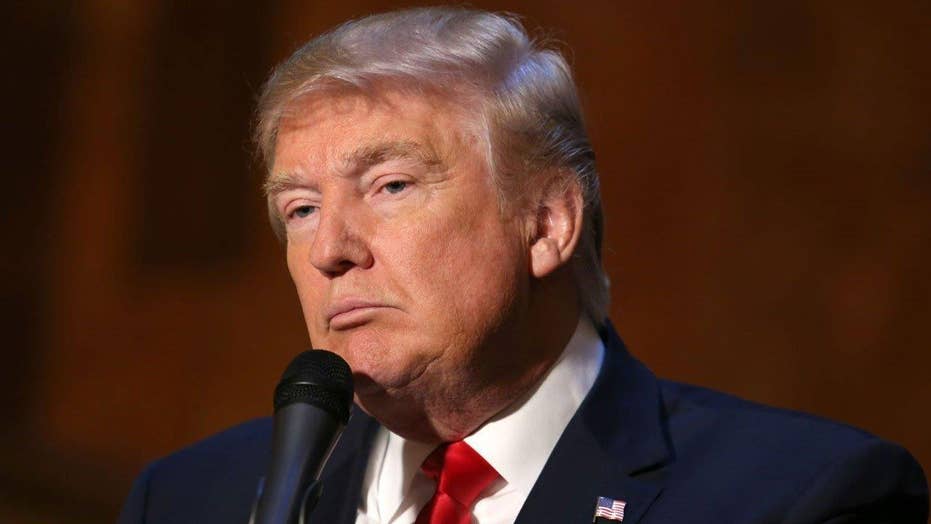 Donald Trump may be selling himself as the ultimate "outsider" presidential candidate, but after a thumping Tuesday at the hands of Ted Cruz in Wisconsin, he's reaching out to long-term Republican establishment figures to help manage his campaign.

The fresh involvement of veteran operatives reportedly is fueling tensions inside the Trump operation.

Trump spokeswoman Hope Hicks told FoxNews.com on Thursday “there is no truth” to recent stories suggesting “disarray” in the Trump ranks. But at the very least, the makeup of the campaign is changing.

Fox News learned Thursday that the Trump campaign will add some “seasoned operatives” to beef up the team for the big state contests ahead.

A campaign statement later said Manafort would be working closely with other top campaign members in his new role.

“The nomination process has reached a point that requires someone familiar with the complexities involved in the final stages,” Trump said in a statement. “I am organizing these responsibilities under someone who has done this job successfully in many campaigns. This will allow the rest of my team to deal with the increasing needs of a national campaign for both the pre-Convention phase and most importantly, the general election.”

Manafort will be working with other top advisers on the delegate process and D.C. outreach. This, as the Trump campaign plans to hold meetings starting next week with lawmakers who back the billionaire businessman.

Manafort’s addition to the Trump staff is seen as crucial by many observers. While Trump holds large delegate leads over rivals Cruz and Ohio Gov. John Kasich, Cruz has been cannily working in several states to elect delegates to the convention who support the Texas senator and has been wooing unbound delegates who may vote for whichever candidate they choose.

But the move to bring on veterans like Manafort reportedly is causing some internal clashes, and could signal diminished roles for some of the loyalists who have surrounded Trump since the first days of his campaign.

“Manafort has really kind of taken over, and started reorganizing the campaign,” a GOP source told CNN.

Manafort’s arrival comes as Lewandowski has developed into a controversial figure within the Trump campaign. He recently was charged with simple battery over an incident where he was seen grabbing and pulling a reporter away from Trump – who has adamantly defended Lewandowski against the charge.

Politico also reported Tuesday that staff around the country had been laid off “en masse.” According to the report, the campaign has almost totally pulled out of Florida and Ohio – key general election states – and several significant staff members have been let go. The outlet also said multiple staffers and advisers left the campaign in March in protest of staff treatment.

Trump didn’t let the Politico reporting go unanswered. He responded by tweeting a link to a Washington Post article that reported four senior Politico managers were leaving the web publication.

For the near term, Trump appears to be back on favorable turf in the Republican race after losing Tuesday’s Wisconsin primary to Cruz. He’s now campaigning in New York ahead of the state’s April 19 primary, and is leading the field by double-digits.

But informal Trump adviser Roger Stone appeared to sound the alarm about lingering concerns in Trump’s operation at the state-by-state level.

“The campaign has no infrastructure in the states,” he told Breitbart. “The woman who ran Wisconsin for Trump previously ran Oklahoma for Trump. Trump lost. Prior to that, she had never run any political campaign, so there was no depth of experience. This is something I see again and again.”