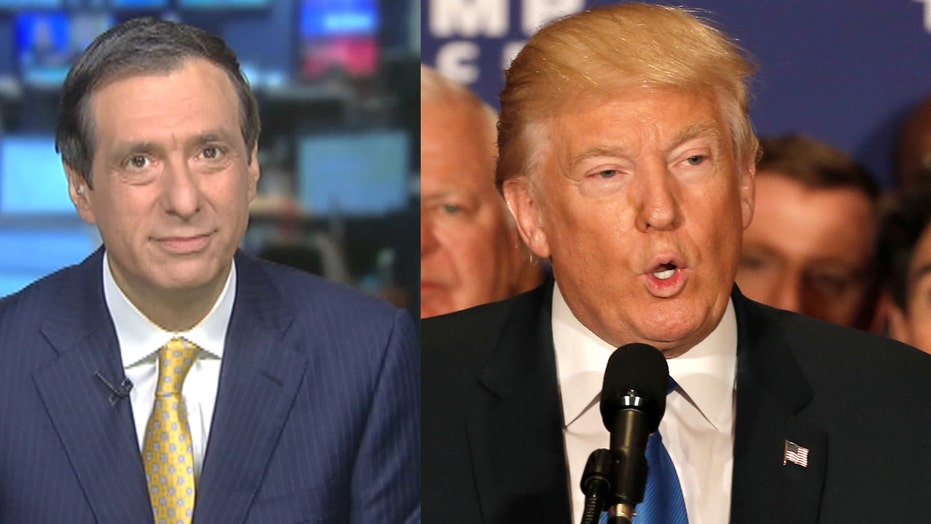 Donald Trump has been saying that the upcoming debates are part of a “rigged” system, so I decided to press him on it.

How, after all, could he object to the four network moderators well before the events? He has said that Chris Wallace treated him fairly in interviews, he recently made his only CNN appearance in months with Anderson Cooper, and I’ve never heard him complain about Lester Holt.

Turns out Trump knows how to work the refs in advance. And he did so by invoking the avalanche of press criticism, mostly from the left but also in the mainstream media, over Matt Lauer’s questioning of him and Hillary Clinton in that NBC forum. It was unfair, in my view, but unrelenting.

No one, he suggested, wanted to become a Lauer-like piñata.

“It’s called gaming the system,” Trump said in a “Media Buzz” interview, “like Bobby Knight, he would hit the referee, well they're hitting Matt Lauer and they're trying to game the system, they want, and I think it's terrible but they want the host to go after Trump.”

I followed up: “But do you think that Lester Holt or Martha Raddatz or Anderson Cooper or Chris Wallace will be pressured into being unfair?”

He is laying the groundwork for post-game complaints if he thinks the debates, starting with next Monday’s faceoff on Long Island, don’t go well.

I interviewed Trump five times during the primaries, and those sessions were full of harsh criticism for the media. But he still ratcheted it up, even taking partial credit for the media’s approval rating plunging to a record low 32 percent in a new Gallup poll.

“Frankly, I think I had something to do with it, but I’m very proud of it,” Trump told me.

“I think the media is disgraceful,” Trump said. “I think they're unbelievably dishonest, and I’m not talking about you and I’m not talking about certain people, because I’ve got tremendous confidence and tremendous respect for certain reporters, et cetera, but a large portion of the media is disgustingly dishonest, and I could name every one of them that are that way, and probably someday I will, but they should be ashamed of themselves.”

He particularly went off on the New York Times and CNN—the Clinton News Network, in his parlance—in response to my questions.

The Donald, whether in real estate or politics, has always been a media-centric figure. Some critics think the media “created” his candidacy, a simplistic view that misses his mastery of television, willingness to risk endless interviews and how even negative coverage helps him drive his message.

Trump has faced an avalanche of negative headlines in recent weeks and yet has closed the gap nationally against Clinton, who has been having her own problems.

One reason, clearly, is that he’s become a more disciplined candidate. When Trump hit his roughest patch during the summer, it was because his offhand comments and insistence on picking fights kept hurting him.

When I asked about his more scripted speechifying, Trump acknowledged that “I have somewhat adjusted,” but then circled back to his detractors.

“The media was not treating statements fairly. I mean they would chop them up and shorten the statement, and it didn’t sound proper, or it didn't sound as good when they did that, it was very unfair, now I’m doing it a little bit differently,” Trump said.

But even if you buy his analysis, Trump was giving his media adversaries ample fodder.

Of course, he went off script late last week, both by renouncing his five-year-old stance on birtherism (while hurling unsubstantiated charges at Clinton on the subject) and wondering what would happen if her bodyguards disarmed (in making a point about gun control).

When Trump adheres to his new team's script, he tends to do better in the polls. But as time goes by he can't help but say what he thinks--which will be a particular challenge in the debates.