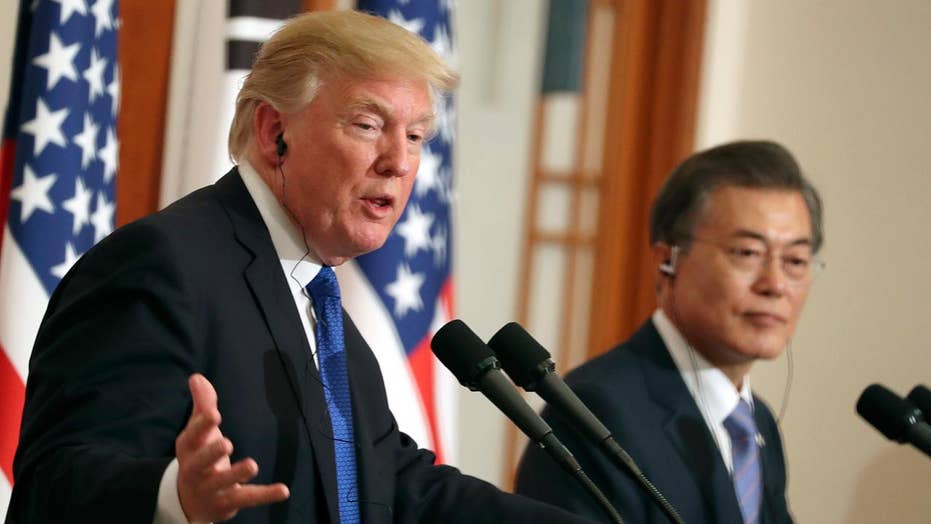 President Trump said Tuesday in South Korea that “good progress” is happening on North Korea and he urged the regime to “come to the table” and “make a deal.”

Trump, speaking at a joint press conference in Seoul alongside South Korea President Moon Jae-in, said it “makes sense” for North Korea to talk with the U.S. and its allies.

The president did not offer specifics as to the type of progress being made on North Korea. When asked whether direct talks with Kim Jong Un would happen, Trump replied “I don’t want to say that.”

North Korea, in the meantime, rolled out its version of the red carpet, mocking Trump as a "lunatic old man" and sparking fears a missile or nuke test could be imminent.

"No one can predict when the lunatic old man of the White House, lost to senses, will start a nuclear war against [North Korea],” the regime’s state-run Korean Central News Agency said in a statement Monday. "The U.S. should not expect us to make any change."

The South Korean leader said he and Trump reaffirmed they are ready to provide North Korea with a “bright future” should the country give up its pursuit of nuclear arms.

Trump said that China was being helpful in dealing with North Korea and he called on Russia will follow suit.

“President Xi has been very helpful and China has been working very hard to solving the problem,” Trump said. “If we get China and we get Russia things could happen and things can happen very quickly. This is a problem that should have been taken care of a long time ago but that's what I got.”

The press conference occurred on the heels of a two-day visit to the Korea peninsula as part of Trump’s first visit to Asia amid tensions with Pyongyang.

But as he began his two-day South Korean visit just three dozen miles from the heavily-fortified DMZ, he initially struck a different, more hopeful tone.

He declared that "it always works out. Has to work out."

That echoed the sentiment of his tweet hours earlier, when he left Japan for South Korea, the second stop of his lengthy Asian trip. It is centered on pressuring Kim to abandon his weapons program.

Fox News’ Serafin Gomez and David Kobe and the Associated Press contributed to this report. 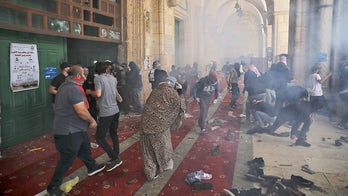