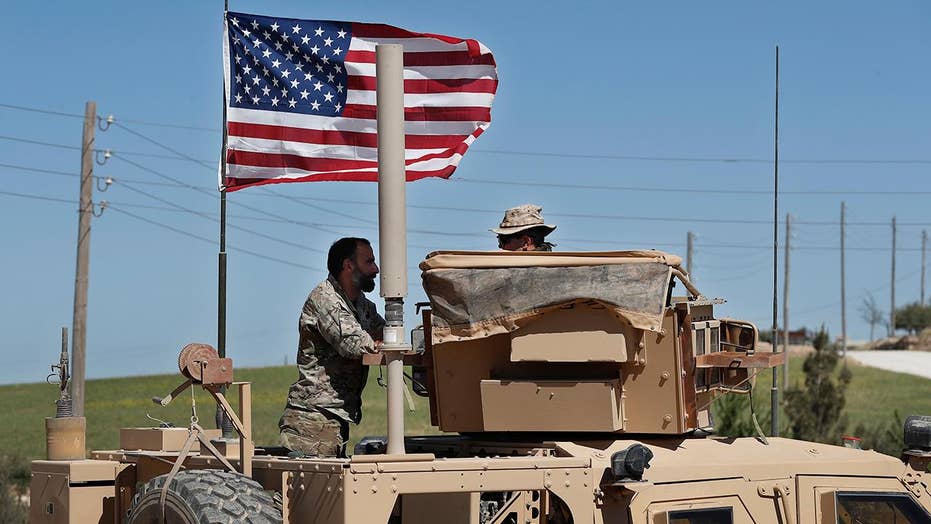 President Trump hit back Thursday at Sen. Lindsey Graham -- who on most issues has been a reliable White House ally -- after the hawkish South Carolina Republican criticized the president’s decision to withdraw U.S. troops from Syria.

“So hard to believe that Lindsey Graham would be against saving soldier lives & billions of $$$. Why are we fighting for our enemy, Syria, by staying & killing for them, Russia, Iran & other locals?  Time to focus on our Country & bring out youth back home where they belong!” Trump tweeted Thursday.

Graham replied Thursday evening in a tweet: “Mr. President, I admire and share your love and admiration for our troops. The troops believe in their commanders and so should you. They are worthy of your trust.”

The president’s comments came after Graham slammed his decision to remove 2,000 troops from Syria, calling the move “Obama-like.”

“My theory is that by pulling 2,200 out in Northeastern Syria, that’s going to boost ISIS’ ability to come back,” Graham told Fox News on Wednesday. “But even more than that, the Kurds in Syria, who came forward when nobody else would to help us fight ISIS, fought bravely and died in large numbers, they’re going to feel abandoned.” 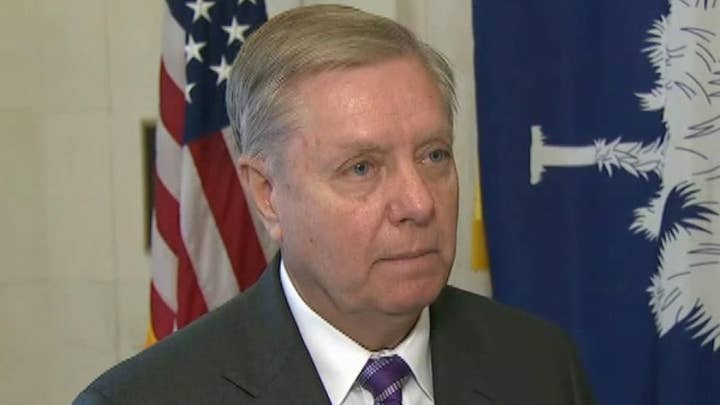 U.S. officials first revealed Wednesday that the administration was considering pulling all American troops on the ground in Syria. The U.S. first deployed troops to Syria in 2015 during the Obama administration as part of a partnership with Kurdish-led forces against ISIS. Multiple officials told Fox News on Wednesday that Pentagon officials were caught off guard by the White House proposal.

Graham and other congressional Republicans compared the move to former President Barack Obama’s decision to withdraw all U.S. troops from Iraq in 2011.

“Recent history is wrought with the kind of outcomes that happen when you just precipitously wake up one day and decide you’re going to do something,” Senate Foreign Relations Committee Chairman Bob Corker, R-Tenn., told reporters. “I’ve never seen a decision like this since I’ve been here –12 years—where nothing is communicated in advance and all of a sudden this type of massive decision takes place.”

Corker said that “in many ways” Trump’s decision was worse than Obama’s 2011 move, saying that “here we’re in a situation where we’re very close in the Euphrates River Valley to finishing clearing out [ISIS].” Obama’s Iraq withdrawal is frequently blamed for creating a vacuum that allowed ISIS to gain a foothold in the region.

Early Thursday, the president stressed that his desire to bring American troops back from Syria should be “no surprise,” noting he has “been campaigning on it for years.”

But not all Senate Republicans disapproved of the decision. Sen. Rand Paul, R-Ky., said on the Senate floor Wednesday that he was “proud” of the president.

“Most of the voices around here like to stay everywhere for all time, and they believe that it doesn’t work unless you go somewhere and stay forever,” Paul said. “The president has the courage to say, ‘We won in Syria, and we’re coming home.’ First president in my lifetime to really do that.”