FILE 2018: President Donald Trump, left, talks with Turkey's President Recep Tayyip Erdogan, as they arrive together for a family photo at a summit of heads of state and government at NATO headquarters in Brussels. (AP Photo/Pablo Martinez Monsivais, File)

President Trump faced swift criticism early Monday after the White House announced its decision to move U.S. troops from northern Syria and give way for Turkey’s planned military incursion in the region.

Kurdish forces bore the brunt of the ground campaign against Islamic State militants but are considered terrorists by the Turkish government.

In December, Trump announced he was withdrawing American troops from Syria but was met with widespread condemnation for abandoning Kurdish allies to the Turkish assault.

The announcement prompted the resignation in protest of then-Defense Secretary Jim Mattis, and a coordinated campaign by then-national security adviser John Bolton to try to protect the Kurds.

As recently as January, Trump warned Ankara not to target the group, saying the U.S. would "devastate" Turkey economically if "they hurt the Kurds." 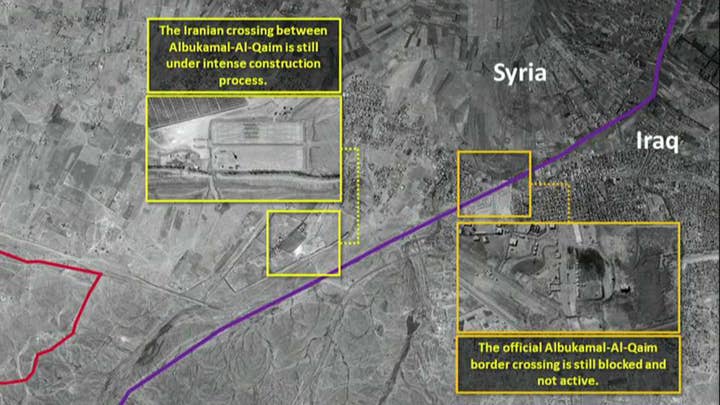 It was not immediately clear if Trump mentioned the Kurds in his Sunday phone call with Turkey’s President Tayyip Erdogan.

“Allowing Turkey to move into Northern Syria is one of the most destabilizing moves we can do in the Middle East,” tweeted former Iraq War veteran Democratic Rep. Ruben Gallego of Arizona. “The Kurds will never trust America again. They will look for new alliances or Independence to protect themselves.  Pompeo has failed again.”

Turkey views the People's Protection Units, or YPG, as an extension of the Kurdistan Workers' Party, or PKK, which has waged an insurgency against Turkey for 35 years.

“The Kurds betrayed by the US --- again,” wrote New York Times contributing writer Wajahat Ali. “Turkey has a brutal history of oppressing Kurds. Erdogan wants nothing more than to crack down on an entire group he sees as a ‘threat’ and whom he routinely refers to as ‘terrorists,’” he added.  “Kurds are US allies fighting ISIS. This is a win for extremists and authoritarians. Shameful.”

Following the late Sunday announcement, the Kurdish-led Syrian Democratic Forces (SDF), which has worked alongside U.S. troops to combat ISIS, warned against Turkey’s imminent incursion in a lengthy series of tweets.

“Based on our confidence in the #US efforts in the Security Mechanism agreement, we implemented all our commitments to remove military fortifications between Tal Abyad & SereKaniye, withdraw combat forces with heavy weapons, risking a security vacuum as a result of the agreement,” the group tweeted.

“But Erdogan's threats are aimed to change the security mechanism into a mechanism of death, displace our people & change the stable & secure region into a zone of conflict and permanent war.”

SDF officials argued Turkey’s presence in the region would result in the return of ISIS leaders, reversing successful efforts to defeat the terrorist organization, and lead to “long-term war in the region making #Syria a permanent conflict area.”

Erdogan said his country has given enough warning and has “acted with enough patience.” Erdogan has expressed frustration with Washington’s support for Kurdish groups in Syria.

The Kurdish-led Syrian Democratic Forces said it is committed to the agreement between Turkey and the U.S. to preserve stability in the region.

"However, we will not hesitate to turn any unprovoked attack by Turkey into an all-out war on the entire border to DEFEND ourselves and our people," SDF spokesman Mustafa Bali tweeted a day earlier.