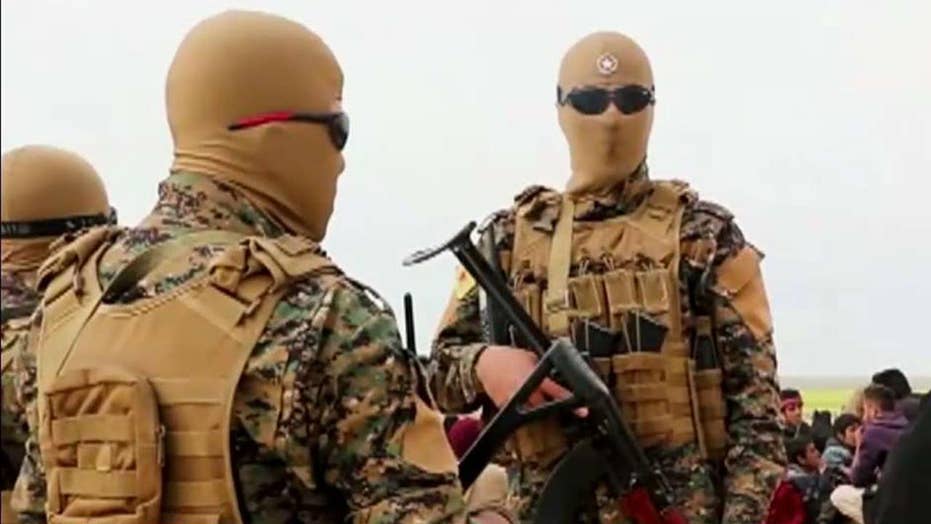 The White House announced late Sunday that Turkey will soon move forward with a planned military operation in northeast Syria, as U.S. troops who have been deployed and operating with Kurdish-led forces in the area began pulling back from their positions.

The decision sent shockwaves through the region and Washington, with U.S. officials telling Fox News that top Pentagon officials were “completely blindsided” and “shocked” by the order to pull back hundreds of U.S. troops, a move that effectively green-lights the Turkey operation. President Trump spoke with Turkey’s President Recep Tayyip Erdogan by telephone.

Some officials see the move as a betrayal of the Kurds, whom the U.S. supported against ISIS for years.

Speaking on "Fox & Friends" Monday morning, Sen. Lindsey Graham, R-S.C., called it an "impulsive decision" by Trump that would undo U.S. gains in the region and give ISIS fighters a "second lease on life."

He tweeted: "If press reports are accurate this is a disaster in the making."

But Trump vociferously defended the decision in a string of tweets early Monday morning, saying the ISIS "Caliphate" has been defeated and lamenting that the U.S. was in the region years longer than planned. Reprising the rhetoric on foreign wars he has often used on the campaign trail, he described the fight as a regional conflict for Turkey and other countries to wage -- not America's problem.

"The United States was supposed to be in Syria for 30 days, that was many years ago. We stayed and got deeper and deeper into battle with no aim in sight. When I arrived in Washington, ISIS was running rampant in the area. We quickly defeated 100% of the ISIS Caliphate," he said.

As for the Kurds, he tweeted: "The Kurds fought with us, but were paid massive amounts of money and equipment to do so. They have been fighting Turkey for decades. I held off this fight for ... almost 3 years, but it is time for us to get out of these ridiculous Endless Wars, many of them tribal, and bring our soldiers home. WE WILL FIGHT WHERE IT IS TO OUR BENEFIT, AND ONLY FIGHT TO WIN. Turkey, Europe, Syria, Iran, Iraq, Russia and the Kurds will now have to ... figure the situation out, and what they want to do with the captured ISIS fighters in their 'neighborhood.'"

Trump voiced confidence that the U.S. will still be able to "crush ISIS again" if they threaten America.

The U.S. will not be involved in the Turkey operation, the White House said.

Hours after the announcement, Kurdish-led forces in Syria reported that American troops have begun withdrawing from areas along Turkey's border. A video posted by a Kurdish news agency showed a convoy of American armored vehicles apparently heading away from the border area of Tal Abyad.

The decision to give Ankara the green light was seen by the Kurdish fighters as a major shift in U.S. policy. Over 11,000 mostly Kurdish fighters in the U.S.-backed Syrian Democratic Forces (SDF) have been killed fighting ISIS in Syria.

One U.S. commander who helped lead the anti-ISIS effort told Fox News the decision amounts to a propaganda victory for China and Russia, saying those countries can tell would-be U.S. partners that America will abandon them.

“No one will ever partner with us again,” the commander said.

As for Turkey's intentions with the Kurds, the senior military officer said: “They are going to slaughter those cats.”

The White House announcement comes less than a week after Gen. Mark Milley became the U.S. military’s top officer – chairman of the Joint Chiefs of Staff – replacing Gen. Joe Dunford, and more than two months after Defense Secretary Mark Esper was sworn in after Jim Mattis resigned in December over the president’s decision to pull U.S. troops out of Syria.

Erdogan said his country has given enough warning and has “acted with enough patience.” Erdogan has expressed frustration with Washington’s support for Kurdish groups in Syria.

The Kurdish-led Syrian Democratic Forces said it is committed to the agreement between Turkey and the U.S. to preserve stability in the region.

"However, we will not hesitate to turn any unprovoked attack by Turkey into an all-out war on the entire border to DEFEND ourselves and our people," SDF spokesman Mustafa Bali tweeted a day earlier. 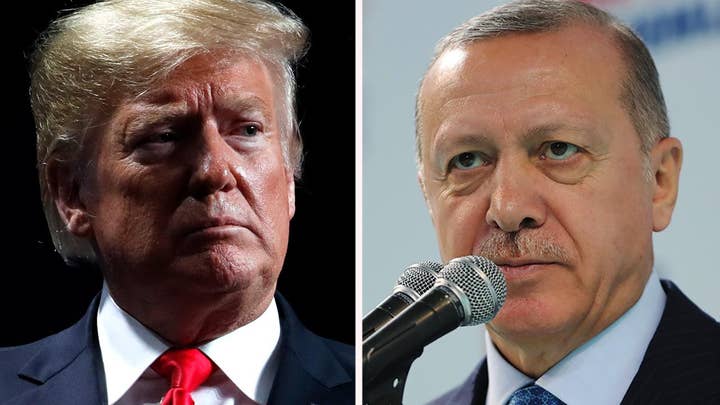 Ruben Gallego, D-Ariz., an Iraq war veteran, said on Twitter, "Allowing Turkey to move into northern Syria is one of the most destabilizing moves we can do in the Middle East. The Kurds will never trust America again. They will look for new alliances or independence to protect themselves."

KURDS SHOCKED BY US TROOP WITHDRAWAL

Turkey views the People's Protection Units, or YPG, as an extension of the Kurdistan Workers' Party, or PKK, which has waged an insurgency against Turkey for 35 years.

Ankara and Washington consider the PKK a terror group but they diverge on the issue of the YPG, which forms the core of U.S.-backed Syrian forces against ISIS and is loosely linked with the SDF.