As the fight over the federal government shutdown entered the new year, President Trump on Tuesday expressed his desire to “make a deal” with House Democratic leader Nancy Pelosi over funding for his border wall.

Pelosi is poised to become speaker of the House when Democrats officially take back control of the chamber on Thursday. Trump’s comments come amid the news that House Democrats plan to introduce a legislative package to re-open the government on Thursday – though it is unclear whether Trump or Republicans in the Senate will go along with it.

Fox News has learned there is a briefing at the White House on Wednesday for the top two leaders of each party from each chamber for the new Congress to discuss the impasse.

The House Democratic plan will include one bill to fund the Department of Homeland Security at current levels through Feb. 8, with $1.3 billion for border security. It doesn't include money for the president's desired wall on the border. 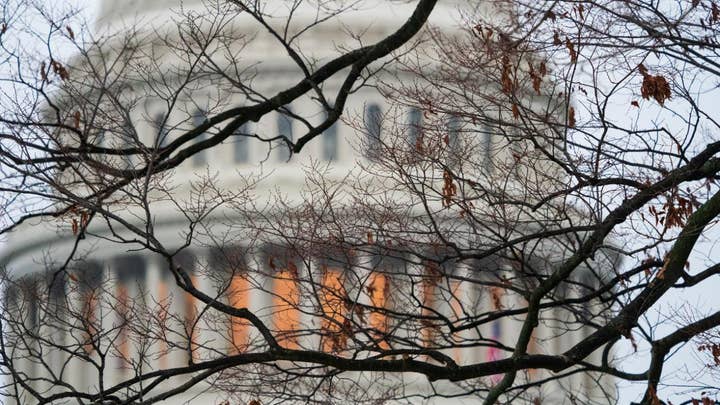 Whether the Republican-led Senate, under Majority Leader Mitch McConnell, will consider the bills — or if Trump would sign either into law — was unclear. McConnell spokesman Donald Stewart said Senate Republicans won't not take action without Trump's backing.

"It's simple: The Senate is not going to send something to the president that he won't sign," Stewart said.

Even if only symbolic, the passage of the bills in the House would put fresh pressure on the president.

Republicans and Democrats have been at a standstill over President Trump's demands for $5 billion to fund the border wall. Earlier Tuesday, the president ripped into Democrats for insisting they won’t fund a border wall.

“One thing has now been proven,” Trump tweeted. “The Democrats do not care about Open Borders and all of the crime and drugs that Open Borders bring!”

Negotiations over the partial government shutdown stalled over the holidays.

“Our negotiations are at an impasse at the moment,” Sen. Richard Shelby, R-Ala., the chairman of the Senate Appropriations Committee, said on CBS’ "Face the Nation" on Sunday. “I wish it were not so.”

Funding for a slew of federal agencies lapsed at midnight on Dec. 22 – just days before Christmas -- after Congress and the White House failed to pass a spending package. Nine of 15 Cabinet-level departments and dozens of agencies have closed, affecting about a quarter of the federal government.

With no resolution in sight, the shutdown is forcing hundreds of thousands of federal workers and contractors to stay home or work without pay. Museums and galleries popular with visitors and locals in the nation's capital will close starting midweek if the partial shutdown of the federal government drags on.