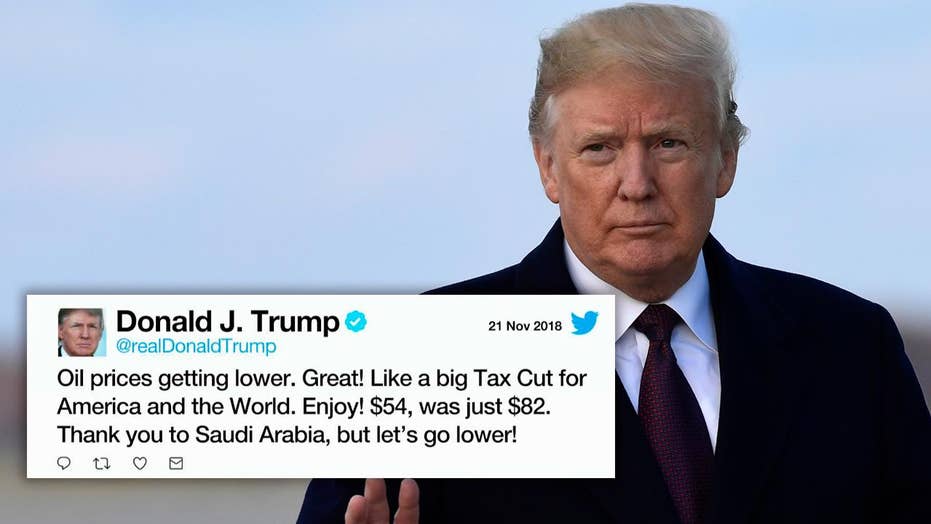 President Trump on Wednesday thanked Saudi Arabia for lower oil prices in the U.S. -- a day after he touted the importance of the U.S.-Saudi relationship in the face of calls for more action over the killing of writer Jamal Khashoggi.

“Oil prices getting lower. Great! Like a big Tax Cut for America and the World. Enjoy! $54, was just $82. Thank you to Saudi Arabia, but let’s go lower!” he tweeted.

The sharp drop in prices is being put down to increased production by the U.S., Saudi Arabia and Russia. Trump had tweeted earlier in November his hope that Saudi Arabia would not cut its oil production.

One reason was fears of a price spike due to sanctions on Iran. But when Trump imposed them Nov. 5, he added a six-month waiver for several countries that are major consumers of Iranian oil. Instead of spiking, prices have slumped. Concerns about slowing global growth have also weighed on prices.

"Hopefully, Saudi Arabia and OPEC will not be cutting oil production. Oil prices should be much lower based on supply!" he had tweeted, in response to a statement by Saudi Arabia’s oil minister that the country was planning to cut production.

Trump’s public thanking of the Kingdom comes after he gave partial backing to the country over the controversy surrounding the killing of Khashoggi, a Washington Post columnist, inside the Saudi Consulate in Turkey in October. 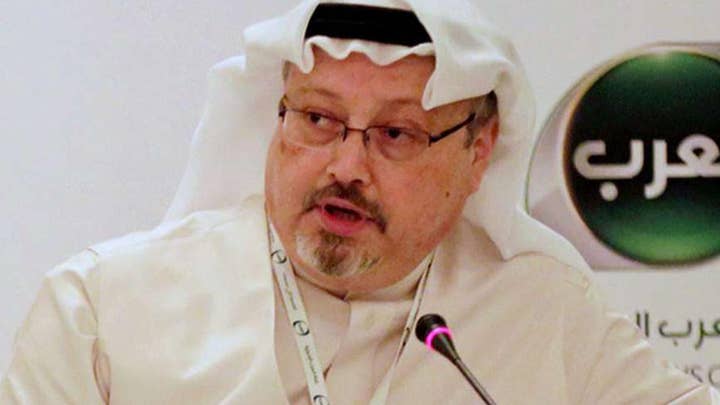 While the administration has slapped sanctions and a travel ban on 17 Saudi government officials who it says were part of the planning and execution of the plot that led to Khashoggi’s death, Trump said in a three-page statement on Tuesday that he was unsure whether Saudi Crown Prince Mohammed bin Salman knew about it.

“King Salman and Crown Prince Mohammad bin Salman vigorously deny any knowledge of the planning or execution of the murder of Mr. Khashoggi. Our intelligence agencies continue to assess all information, but it could very well be that the Crown Prince had knowledge of this tragic event – maybe he did and maybe he didn’t!” Trump said in a lengthy statement.

He also hailed the benefits of close U.S.-Saudi ties. In his statement, he said that Saudi Arabia has agreed to spend billions of dollars fighting Islamic terrorism, and that the Saudis have agreed to invest $450 billion in the United States: "This is a record amount of money," he said.

“As President of the United States I intend to ensure that, in a very dangerous world, America is pursuing its national interests and vigorously contesting countries that wish to do us harm,” he said. “Very simply it is called America First!"