President Trump says he will discuss Syria and nuclear proliferation with Putin.

President Trump claimed Friday ahead of his summit with Vladimir Putin that the Russian president would not have invaded Crimea had he been in office, calling the globally condemned annexation an “Obama disaster.”

The comments marked Trump's latest attempt to set the stage for his meeting with Putin, with a combination of tough talk and suggestions of future improved ties.

“I think we could have a very good relationship with President Putin,” Trump said, adding that he was not going into the meeting with “high expectations.” “We’ll see.”

Trump tackled questions about Russia during a joint press conference outside London with British Prime Minister Theresa May. He used the forum to again blast the “rigged witch hunt,” his term for Special Counsel Robert Mueller’s investigation into Russian meddling and potential collusion with Trump campaign associates in the 2016 presidential election, saying it "hurts” U.S. and Russian relations.

But he made the claim about Crimea in response to a question from Fox News’ John Roberts on how relations could be improved while Putin continues to illegally occupy the region.

Crimea was annexed from Ukraine by Putin in 2014.

TRUMP, MAY PLEDGE COOPERATION ON TRADE AFTER EXPLOSIVE INTERVIEW

When asked how he planned to fix the situation, Trump said: “If I knew, I wouldn’t tell you, because that would put us at a disadvantage.”

“Obama failed very badly with Crimea,” Trump said. “I just want people to understand that Crimea was another bad hand.” 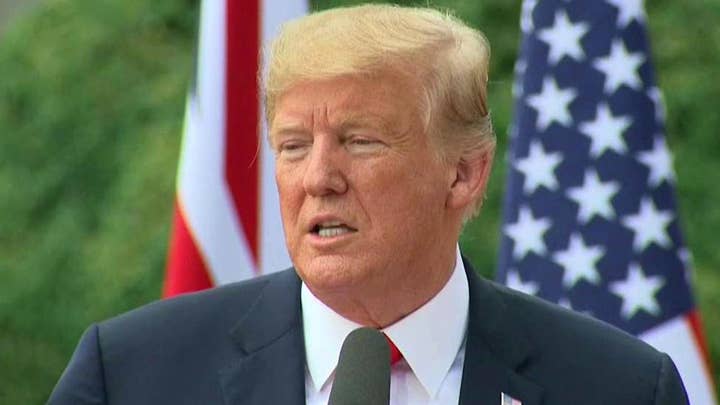 Trump has previously blamed Obama for the Crimea invasion. In June, after Trump called for Russia to be readmitted to the G7 (after being booted over Crimea), Obama national security adviser Susan Rice called Trump's comments "very destructive."

Speaking with CBS' "Face the Nation," she said the notion Obama let Crimea be invaded is "outrageous."

Trump’s comments come ahead of his summit in Helsinki, Finland with Putin.

May said that she “welcomed” Trump’s meeting with the Russian president, saying he should go into the summit “as he is,” in a “position of strength.” 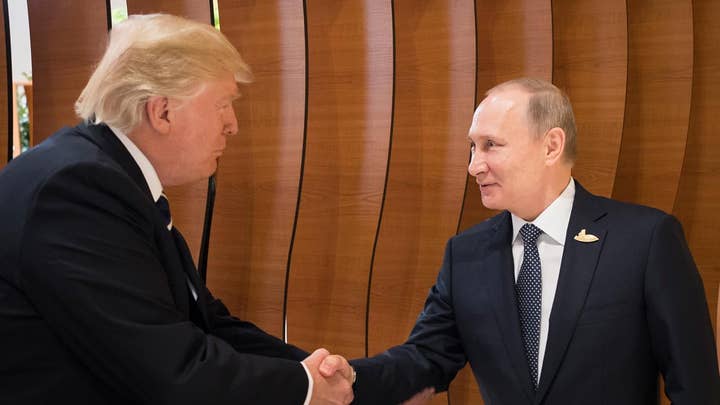 Trump described North Korea on Friday as another “bad hand,” but touted improved relations with the rogue regime, pointing to the latest letter sent to the White House from DPRK leader Kim Jong Un this week.

“We haven’t had nuclear testing, missile launches, rocket launches…we got back hostages and prisoners,” Trump listed. “A lot of good things are happening and [I have] a good feeling.”

Trump stressed, though, that the U.S. will not take sanctions off of Pyongyang.

“We are fixing them one by one,” Trump said. “And I know how to fix them.”

Trump, earlier this week, suggested that his meeting with Putin could be the “easiest” stop on his European tour.