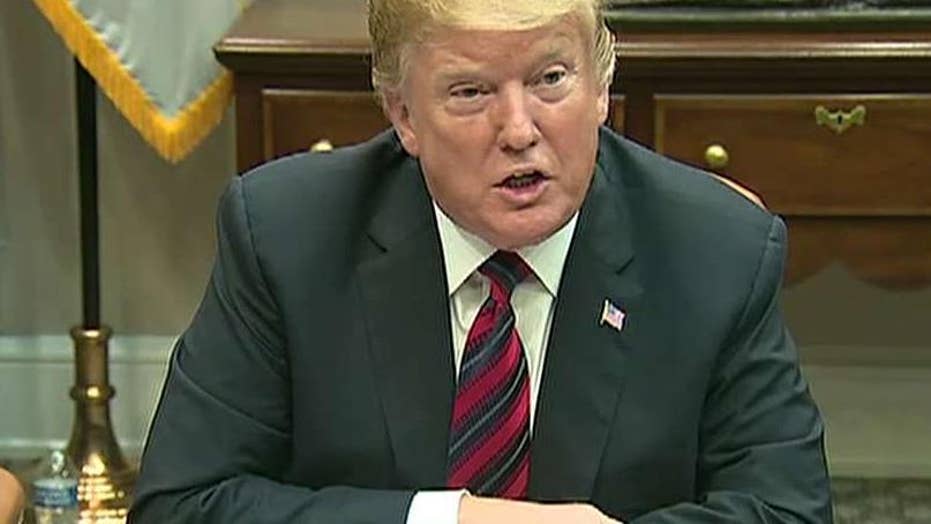 The Federal Aviation Administration (FAA) on Wednesday ordered two Boeing 737 Max jets — one model of which was involved in the fatal Ethiopian Airlines crash that killed 157 people — to be temporarily grounded in the U.S.

The agency said the decision was made to ground both the Boeing 737 Max 8 and 737 Max 9 models "as a result of the data gathering process and new evidence collected at the site and analyzed."

"The grounding will remain in effect pending further investigation, including examination of information from the aircraft's flight data recorders and cockpit voice recorders," the FAA said.

President Trump earlier Wednesday said the FAA planned to announce that the jetliners would be "grounded upon landing" at their destinations. He said that both pilots and airlines had been notified.

"Any plane currently in the air will go to its destination and thereafter be grounded until further notice," Trump told reporters. "The safety of the American people, and all people, is our paramount concern."

The news comes after Canada's transport minister earlier Wednesday announced the country would be barring the Max 8 jet from its airspace, saying satellite tracking data showed possible but unproven similarities between the Ethiopian Airliner crash and a previous crash involving the model five months ago.

The president said that the U.S. worked in conjunction with Canada to make the decision to ground the planes. He added that his administration is also working closely with Boeing and other countries on the matter.

"Boeing is an incredible company," Trump said. "They are working very, very hard right now, and hopefully they'll very quickly come up with the answer." 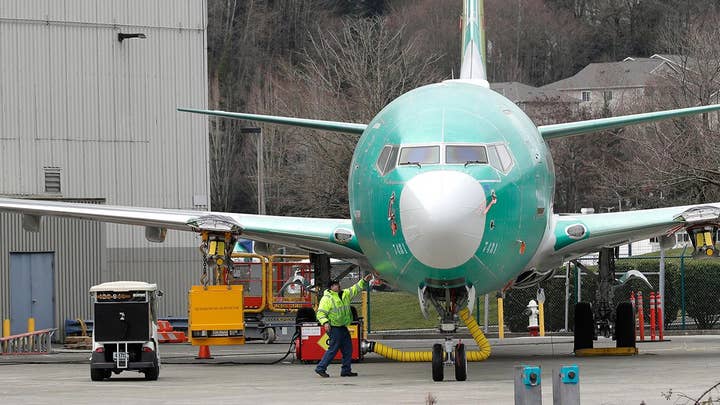 Boeing in a statement said the company "continues to have full confidence of the safety of the 737 MAX."

However, Boeing added that "out of an abundance of caution and in order to reassure the flying public of the aircraft’s safety," they are supporting "the temporary suspension of operations of the entire global fleet of 371 737 MAX aircraft."

"We are supporting this proactive step out of an abundance of caution. Safety is a core value at Boeing for as long as we have been building airplanes; and it always will be," the statement continued. "We are doing everything we can to understand the cause of the accidents in partnership with the investigators, deploy safety enhancements and help ensure this does not happen again.”

Boeing has suspended its entire global fleet of 371 737 Max jetliners. Worldwide, 69 commercial airlines and airline leasing firms use the Max 8 and Max 9 models.

Airlines in other countries, including the entire European Union, Ethiopia, China, Indonesia, Australia, Brazil and Iceland, grounded the jetliner on Monday.

Ethiopian Airlines, widely seen as Africa's best-managed airline, grounded its remaining four models. The carrier had been using five of the planes and awaiting delivery of 25 more.

OPINION: FAA VS. THE REST OF THE WORLD: BOEING'S 737 MAX 8S ARE UNDER SUSPICION, BUT IS THE PILOT OR THE PLANE TO BLAME?

It's unusual for authorities to take the step of grounding planes, and it's up to each country to set standards on which planes can fly and how those planes are maintained, Todd Curtis, an aviation safety analyst who directs the Airsafe.com Foundation, told The Associated Press.

"If there is a suspicion ... that there's not only something inherently wrong with 737 Max 8 aircraft, but there are no procedures in place to cure the problem, then yes, they should either ground the plane, or there are several levels of things they could do," Curtis said.

People from 35 countries died in the Ethiopian Airlines crash six minutes after takeoff from Ethiopia's capital for Nairobi. Ethiopian Airlines said the senior pilot issued a distress call and was told to return but all contact was lost shortly afterward. The plane plowed into the ground at Hejere near Bishoftu, scattering debris.

The 737 is the best-selling airliner in history, and the Max, the newest version of it with more fuel-efficient engines, is a central part of Boeing's strategy to compete with European rival Airbus.