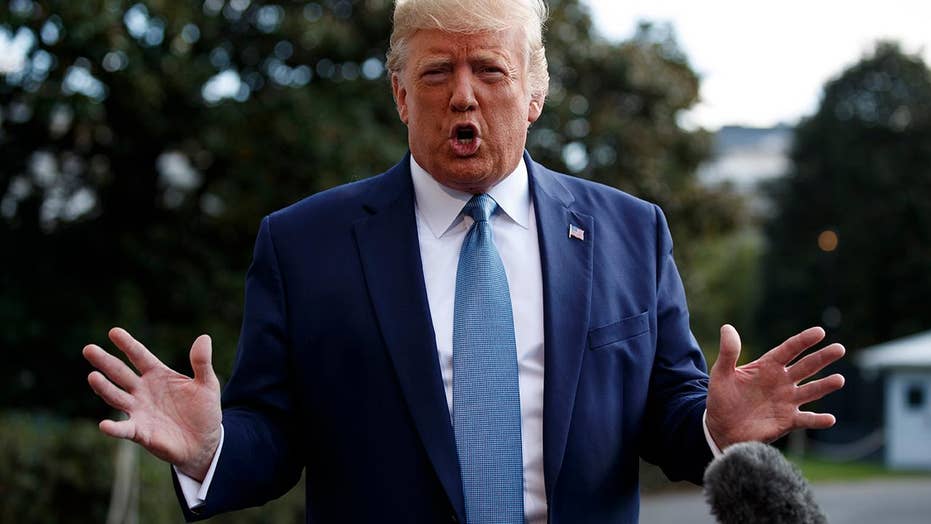 Trump urges Ukraine and China to investigate the Bidens

President Trump on Saturday ripped into Sen. Mitt Romney, R-Utah, over his criticism of Trump’s request for foreign investigations into former Vice President Joe Biden -- branding the 2012 presidential hopeful a “pompous ‘a--’” who “choked” in his own run for the White House.

“Somebody please wake up Mitt Romney and tell him that my conversation with the Ukrainian President was a congenial and very appropriate one, and my statement on China pertained to corruption, not politics,” he tweeted. “If Mitt worked this hard on Obama, he could have won. Sadly, he choked!”

Later Saturday, he tweeted that Romney "is a fool who is playing right into the hands of the Do Nothing Democrats!"

Trump was responding to recent criticism by the Utah senator over his comments in which he said that China should investigate Biden, just as he had urged Ukraine to do in July.

"China should start an investigation into the Bidens because what happened with China is just about as bad as what happened with Ukraine," Trump said Thursday. "I’m sure that President Xi [Jinping] does not like being under that kind of scrutiny where billions of dollars is taken out of his country by a guy that just got kicked out of the Navy."

Trump had urged Ukrainian President Volodymyr Zelensky in a phone call this summer to “look into” the Biden family dealings in the country, particularly related to gas company Burisma Holdings, where Hunter served on the board. 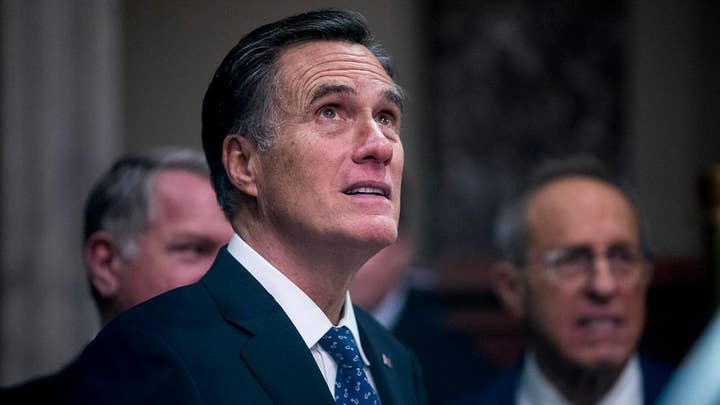 In his China comments, Trump was referencing a 2013 trip to Beijing on Air Force Two in which Hunter tagged along. NBC News reported that Hunter Biden was attempting to start a big-money private equity fund. Chinese authorities issued the business license for the fund 10 days after the trip was over.

Romney on Friday said that Trump’s call for China and Ukraine to investigate the Bidens was “appalling.”

Trump and Romney have feuded with regularity in recent years, with Trump regularly referring to Romney’s 2012 defeat to President Barack Obama. Earlier this year, Romney penned an op-ed in which he attacked Trump’s conduct and said, “he has not risen to the mantle of the office.”