From James Comey’s bombshell announcements on Hillary Clinton's email server to his firing and memos, a look at Fox News' reporting, including exclusive stories from Chief Intelligence Correspondent Catherine Herridge.

President Trump on Thursday questioned whether the Obama FBI “spied” on his presidential campaign, on the heels of an extensive report on the Russia investigation's origins that said a government informant met several times with Trump's former advisers.

Rudy Giuliani, a member of the president's outside legal team, also told "Fox & Friends" that former FBI Director James Comey "should be prosecuted" if his bureau spied on the campaign.

The fiery statements came on the one-year "anniversary" of Special Counsel Robert Mueller's investigation, which picked up where the bureau left off. The New York Times sought to give a definitive accounting Thursday of the original investigation -- and in the middle of their report, revealed that officials confirmed "at least one government informant met several times with Mr. [Carter] Page and [George] Papadopoulos," both former campaign advisers.

This explosive line is sure to fuel Republican efforts on Capitol Hill to review records relating to an unidentified FBI source -- and his or her role in the Russia probe.

"Wow, word seems to be coming out that the Obama FBI 'SPIED ON THE TRUMP CAMPAIGN WITH AN EMBEDDED INFORMANT.' Andrew McCarthy says, 'There’s probably no doubt that they had at least one confidential informant in the campaign. 'If so, this is bigger than Watergate!" Trump tweeted Thursday.

The National Review's McCarthy had discussed on "Fox & Friends" Thursday how the FBI probably had “at least one confidential informant” with the campaign. He was also discussing The New York Times story on the Russia investigation.

That report detailed the beginnings of the probe originally known as “Crossfire Hurricane” -- looking at possible Trump campaign connections to Russia and Moscow’s influence in the 2016 presidential election. 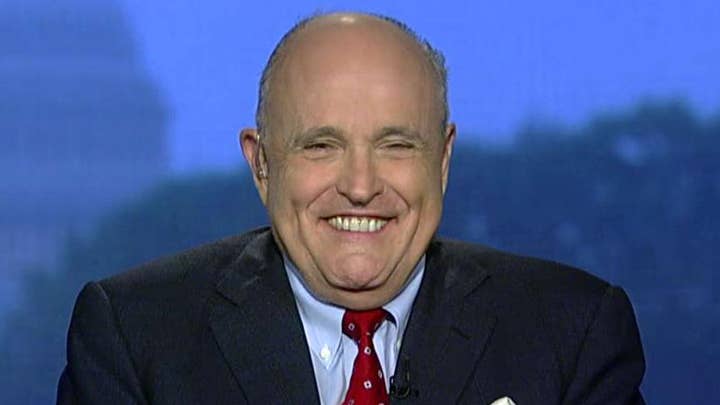 Reacting to the "informant" line, Giuliani told "Fox & Friends" on Thursday that if the FBI had a spy with the campaign: “That would be the biggest scandal in the history of this town, at least involving law enforcement.”

If Comey directed this, Giuliani said, “he should be prosecuted.”

“If there’s a spy, they got nothing from it,” Giuliani added. 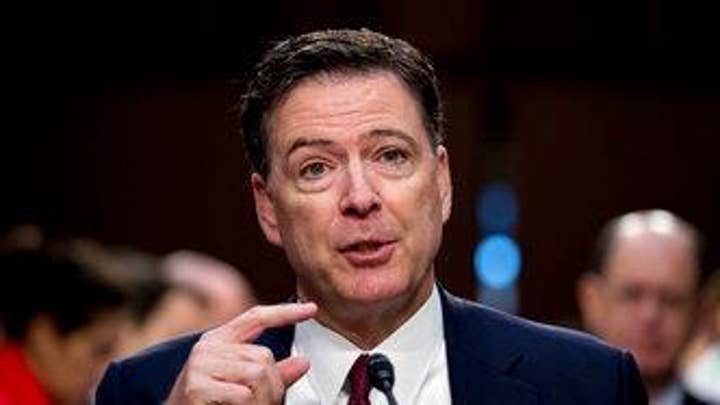 The report coincides with an effort by House Republicans to find more information about an apparent intelligence source during that period.

As Fox News previously reported, the focus also has led to renewed interest by congressional investigators in August 2017 Senate testimony from Glenn Simpson, whose firm, Fusion GPS, commissioned the dossier. At the time, Simpson testified that former British spy and dossier author Christopher Steele had told him the FBI had intelligence from an “internal Trump campaign source.”

It is unclear at this point whether Simpson was referring to the same individual.

“Congratulations America, we are now into the second year of the greatest Witch Hunt in American History…and there is still No Collusion and No Obstruction. The only Collusion was that done by Democrats who were unable to win an Election despite the spending of far more money!” Trump tweeted.