Wall Street Journal columnist Kim Strassel urges the FBI to 'come clean' on surveillance of the Trump campaign, noting 'the American people need to see this.'

President Trump on Saturday said it would be "a really big deal" if the FBI and Department of Justice infiltrated his campaign during the 2016 election campaign, and he called for the DOJ to release documents being requested by Republican lawmakers' regarding the Russia probe.

"If the FBI or DOJ was infiltrating a campaign for the benefit of another campaign, that is a really big deal," he tweeted, adding his support to pushes by the House Intelligence Committee and Senate Judiciary Committee to release documents about the FBI's actions during the 2016 campaign.

The tweet marks the latest in a series of statements Trump has made amid reports that the FBI had an informant contact Trump campaign aides as part of an investigation into Russia's interference in 2016 campaign. This has led to speculation, particularly from Republicans and some conservative media outlets, that the FBI had an informant embedded in the campaign itself.

"Reports are there was indeed at least one FBI representative implanted, for political purposes, into my campaign for president," Trump tweeted Friday. "It took place very early on, and long before the phony Russia Hoax became a “hot” Fake News story. If true - all time biggest political scandal!"

On Friday evening, The Washington Post and The New York Times published anonymously sourced stories offering a deeper look into the FBI’s actions in 2016. Both outlets had confirmed the name of the informant but chose not to reveal it.

The Times' reporting was framed in an apparent challenge to Trump’s claims, with the headline  “FBI Used Informant to Investigate Russia Ties to Campaign, Not to Spy, as Trump Claims.”

Both the Times and The Post reported that agents sent an informant -- an American academic who teaches in Britain -- to meet with advisers George Papadopoulos and Carter Page, seeking to probe their alleged Russia ties. He paid Papadopoulos $3,000 for a paper on a gas dispute in the Mediterranean and for a trip to London for them to speak.

The Post also reported that he met with Trump campaign co-chairman Sam Clovis, offering to provide foreign policy expertise to the Trump campaign.

The reports, which extensively cited people familiar with conversations and the FBI’s work, did not necessarily support Trump’s claim that there was a spy within the campaign itself, but they're likely to fuel concerns about whether the FBI abused its authority in surveilling the Trump campaign.

Former House Oversight Committee Chairman Jason Chaffetz dismissed the argument in The Times’ headline that it was an informant, not a spy.

“Are you kidding me? If you have somebody who is proactively spending money to go and talk to somebody you know who is involved in a political campaign just to be an “informant” from the Obama administration, are you kidding me?” he said on "Fox & Friends" Saturday. “That is spying by its very definition.”

Others suggested it would depend on what basis the FBI had for sending the informant.

“All this devolves into whether there was a valid basis to do any of this in the first place,” former DOJ official Robert Driscoll said on “America’s Newsroom” Saturday. “If there’s a valid FBI investigation, the use of confidential informants isn’t particularly remarkable, but if there’s not a valid investigation going on, then this could be nefarious.” 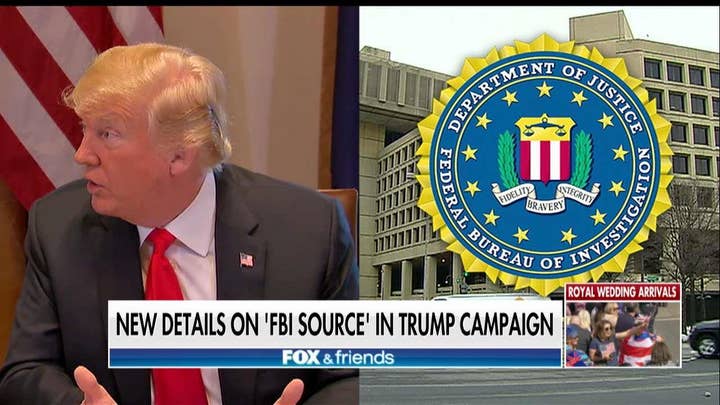 Former Director of National Intelligence James Clapper defended the FBI’s actions on CNN, however, saying that if someone was observing interactions between the Trump camp and Russia, then "that's a good thing because the Russians posed a threat to the very basis of our political system."

House Intelligence Committee Chairman Devin Nunes, R-Calif., this month requested the Justice Department turn over documents about the FBI's investigation -- a request the DOJ has refused, saying that it could jeopardize the source. However, Nunes has said he did not reference any individual in his request.

On Tuesday, he said on “Fox & Friends” that the House Intelligence Committee was trying to inform the American people: “I think if the campaign was somehow set up, I think that would be a problem, right?

Nunes came under fire Friday night from Sen. Mark Warner, D-Va., who said his actions could be illegal. 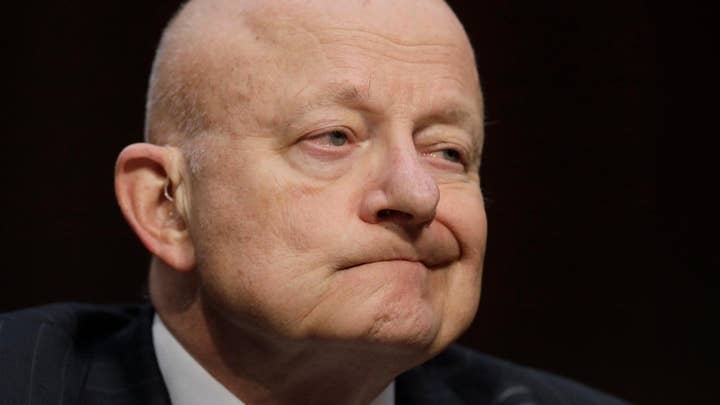 “It would be at best irresponsible, and at worst potentially illegal, for members of Congress to use their positions to learn the identity of an FBI source for the purpose of undermining the ongoing investigation into Russian interference in our election,” Warner said in a statement.

On Friday, Trump lawyer Rudy Giuliani said on CNN that they were told there were two people embedded on the campaign, but he didn’t know if that was accurate. But he indicated that such revelations would cast doubt on FBI Special Counsel Robert Mueller's probe.

"I want to know because I believe, if there was an embedded person, that person cleared us because the FBI cleared us. I wonder what the heck is the legitimacy of the Mueller investigation in the first place," Giuliani said.