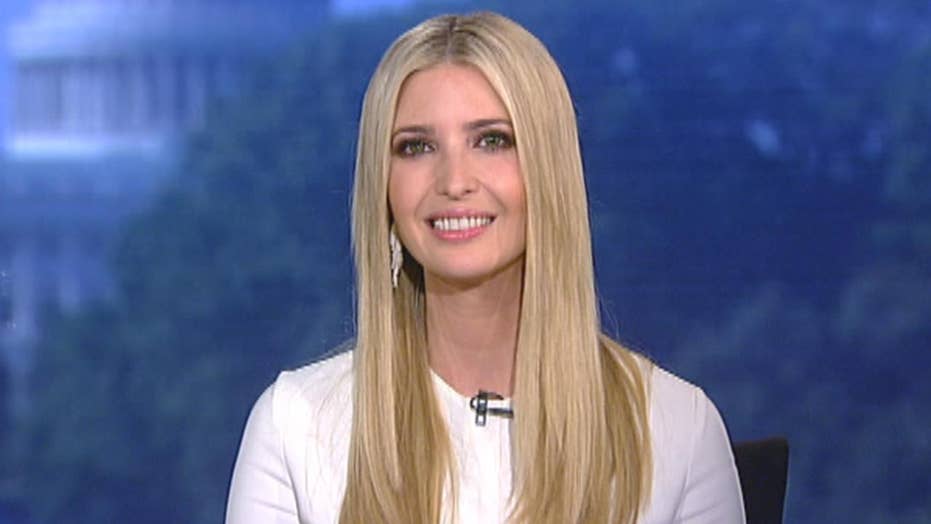 At an event in the East Room, Trump told corporate leaders and workers that the nation's students and workers need more opportunities to attain apprenticeships, vocational opportunities and job training. The president said nearly two dozen companies and trade organizations had agreed to sign a pledge to provide the training for their workforce during the next five years.

"Companies are pouring back into our country -- companies that frankly left 10 and 20 years ago -- and they're coming back and we need people to work for those companies," Trump said. "We need talented people. We need people with training."

The president's 2016 campaign included a pitch to help the "forgotten men and women" who have suffered amid globalization and a shifting economy. The pledge and an executive order Trump signed creating a national council for U.S. workers and a workforce policy advisory board aim to address the needs of manufacturing workers as the president has engaged in trade disputes that have rattled the economy.

The White House said the "Pledge to America's Workers" would provide at least 3.8 million new career opportunities for students and workers over the next five years, including apprenticeships, work-based learning and continuing education.

The administration wants to bring millions of Americans who are not working or searching for work -- and therefore aren't included in the unemployment rate -- back into the job market. More people with jobs would accelerate economic growth and could help the White House achieve its goal of sustained growth of 3 percent or higher.

The additional workers could also help fill 6.6 million open jobs, a near-record high and more than the number of unemployed workers.

Yet a lack of skills is just one reason some Americans have given up the job search. Economic research has found that opioid addiction and related health problems have sidelined millions of Americans.

Most labor economists agree that there are plenty of middle-skill jobs that don't require a college degree but do need post-high school education or training.

These include jobs in advanced manufacturing, where workers on factory floors increasingly deal with software and robotics. Many health care jobs such as radiology and physical therapy are growing and don't require college degrees. The same is true for marketing and sales jobs in banking and insurance firms.

The aging population and retirement of baby boomers is also a challenge. The proportion of Americans ages 25 to 54 who are working or looking for work has risen steadily in the past three years. But that increase has largely been offset by retirements, leaving the overall percentage of Americans in the workforce stuck at about 63 percent.

Trump made a big push last year into promoting apprenticeships as a form of job training, but he declined to commit significant funding, and the results of his initiative have yet to deliver on his promises.

For the former reality television star, the discussion about apprenticeships was irresistible.

"That's an interesting word for me to be saying, right? `The Apprentice.' I never actually put that together until just now. That was a good experience, I will tell you that," Trump said to laughter. "I can't get away from that word. It's a great word!"