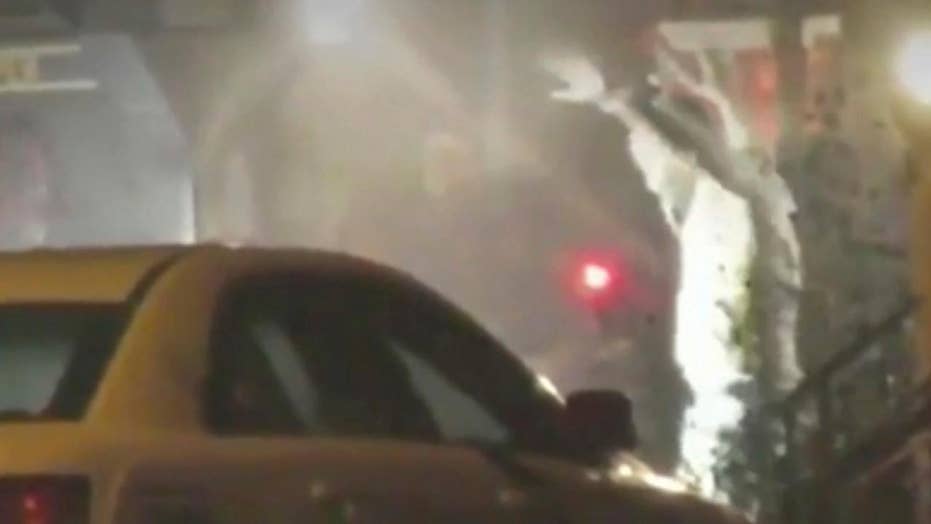 President Trump said Thursday that the suspect in the shooting of six police officers during a Philadelphia standoff should "never have been allowed to be on the streets."

The suspect, identified as Maurice Hill, 36, has a long record of gun-related convictions and of attempting to evade arrest, the Philadelphia Inquirer reported. He is now in custody.

“The Philadelphia shooter should never have been allowed to be on the streets,” Trump tweeted Thursday morning. “He had a long and very dangerous criminal record. Looked like he was having a good time after his capture, and after wounding so many police. Long sentence – must get tougher on street crime.”

The suspect allegedly shot six officers during a standoff that began after two Narcotics Strike Force officers showed up at a multifamily home to serve a warrant, according to Philadelphia Police Commissioner Richard Ross, who said things “went awry almost immediately” when the suspect allegedly started firing.

The two officers were barricaded in separate rooms with several hostages before being evacuated five hours later. The incident began Wednesday at around 4:30 p.m. and the suspect was finally apprehended early Thursday morning. The suspect allegedly fired rounds out a window and up through the ceiling. He was armed with several handguns and an AR-15 rifle, officials told Fox News.

All six of the officers struck by bullets survived. Ross said it was “nothing short of a miracle that we don't have multiple officers killed today.”

After two previous mass shootings in El Paso, Texas and Dayton, Ohio, Trump called for Congress to take action, particularly suggesting stronger background checks and red flag laws that could potentially keep dangerous individuals from obtaining firearms. Congress is currently on a summer recess, and Senate Majority Leader Mitch McConnell, R-Ky., resisted calls to bring senators back early. But he said that when they return, these measures may be on the agenda.

Fox News’ Vandana Rambaran and Rick Leventhal and The Associated Press contributed to this report.