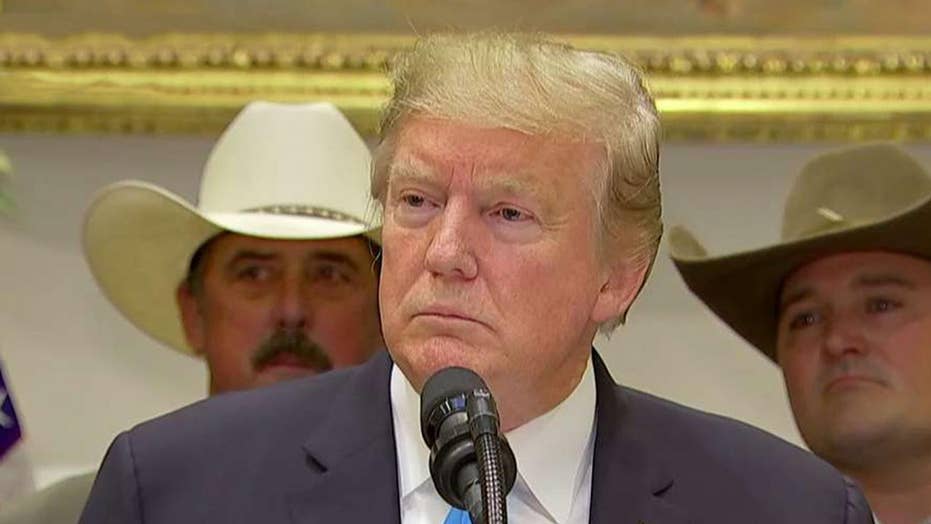 President Trump said at a freewheeling news conference Thursday that reports of his behavior during a meeting the previous day with House Speaker Nancy Pelosi, whom he called “Crazy Nancy,” were untrue -- and he called on other White House officials to back him up.

White House Counselor Kellyanne Conway said he was “very calm, no temper tantrum." Others spoke in his defense as well.

After Trump’s conference, Pelosi, D-Calif., tweeted in defense: “When the ‘extremely stable genius’ starts acting more presidential, I’ll be happy to work with him on infrastructure, trade and other issues.”

Senate Minority Leader Chuck Schumer, D-N.Y., who was at the meeting, had his own take, tweeting: "I would describe his demeanor as agitated."

Trump allegedly stalked out of the Cabinet Room on Wednesday demanding an end to all congressional investigations before he would work with Congress on crumbling U.S. infrastructure and other matters. 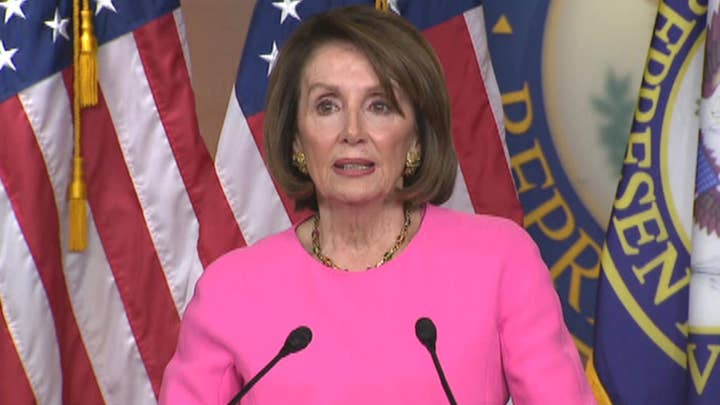 Pelosi said earlier Thursday that Trump has established a pattern of unpredictability, and at one point she even joked about the 25th Amendment, the Constitution’s provision laying out the procedure for replacing a president.

“I wish that his family or his administration or his staff would have an intervention for the good of the country,” Pelosi said at her weekly news conference, adding that she prays for him and the nation.

“Maybe he wants to take a leave of absence,” she said. Asked whether she’s concerned about Trump’s well-being, she replied, “I am.”