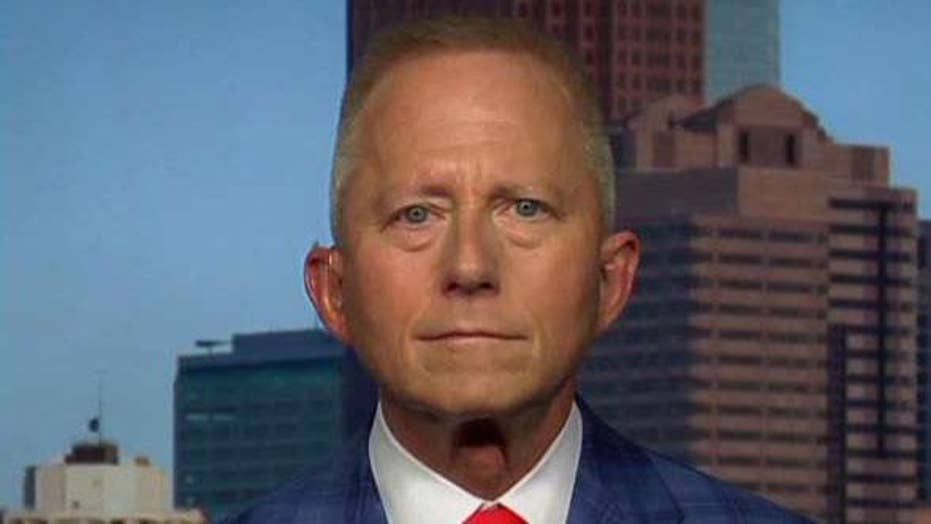 “What he's reacting to is public polling that shows he can't get renominated,” Nadler said Sunday on ABC’s “This Week.” “His electorate in his district is 24 percent to renominate him and 60 percent to nominate somebody else.”

The news of Van Drew's possible party flip drew harsh criticism from Democrats, who called it a political move aimed at turning around his flagging approval numbers in New Jersey's 2nd Congressional District.

A recent internal poll conducted for the Democrats found that 58 percent of primary voters in his district wanted to nominate another candidate, while only 28 percent said Van Drew should be renominated.

While other Democrats have sought to blame Van Drew’s looming exit from the party on low approval ratings, critics claim that it has more to do with the upcoming vote on impeaching President Trump. The full House is expected to vote on articles of impeachment this upcoming week and Van Drew has been an adamant detractor of the process from the start.

Nadler on Sunday, however, argued that the impeachment process is a bigger issue than just party politics.

“This is not political,” he said. “We should not be looking at those things. This is the defense of our democracy. Do we stay a democratic republic or do we turn into a tyranny?”