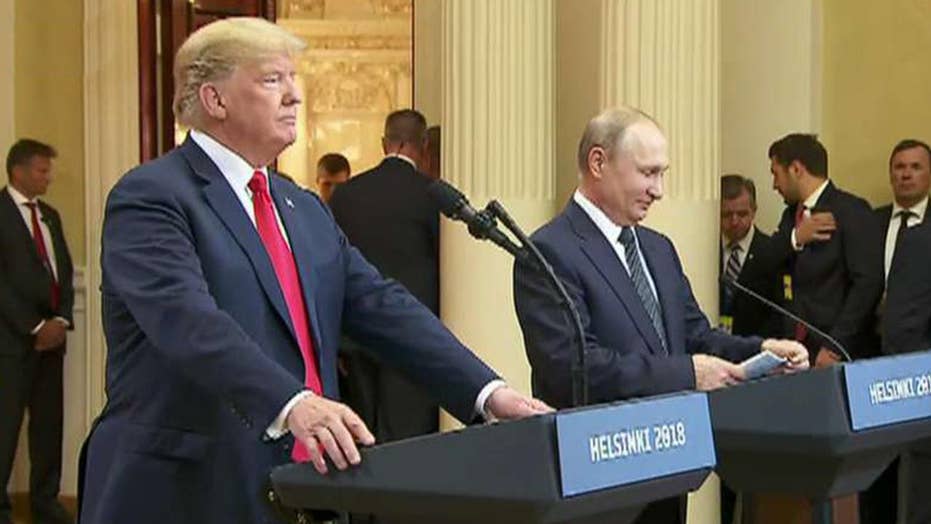 President Trump is “open” to visiting Moscow if he receives a formal invitation from Russian President Vladimir Putin, the White House said Friday.

"President Trump looks forward to having President Putin to Washington after the first of the year, and he is open to visiting Moscow upon receiving a reciprocal formal invitation," Press Secretary Sarah Sanders said in a statement.

Putin said Friday he is ready to invite Trump if conditions are right, and he is also ready to visit Washington.

The White House statement came after National Security Adviser John Bolton said earlier this week that a meeting with Putin in the U.S. would be pushed off until next year -- after the conclusion of the FBI probe into Russian interference in the 2016 election.

“The president believes that the next bilateral meeting with President Putin should take place after the Russia witch hunt is over, so we’ve agreed that it will be after the first of the year,” Bolton said in a statement.

Trump has come under fire, even from Republican lawmakers, for having extended an invitation to Putin after the controversial summit in Helsinki, Finland. There, Trump was widely criticized for appearing to back Putin’s denial that Russia interfered in the 2016 U.S. election -- statements Trump subsequently walked back.

The White House also said that Trump does not support Putin’s proposal to allow Russia to interview American officials in exchange for access to indicted Russians -- an offer Trump initially called “incredible.”

Trump trained his ire on FBI Special Counsel Robert Mueller’s Russia probe once again on Friday, blasting the “rigged Witch Hunt” as “stupid and unfair to our Country.” He added that the only Russian collusion was by the Democrats.