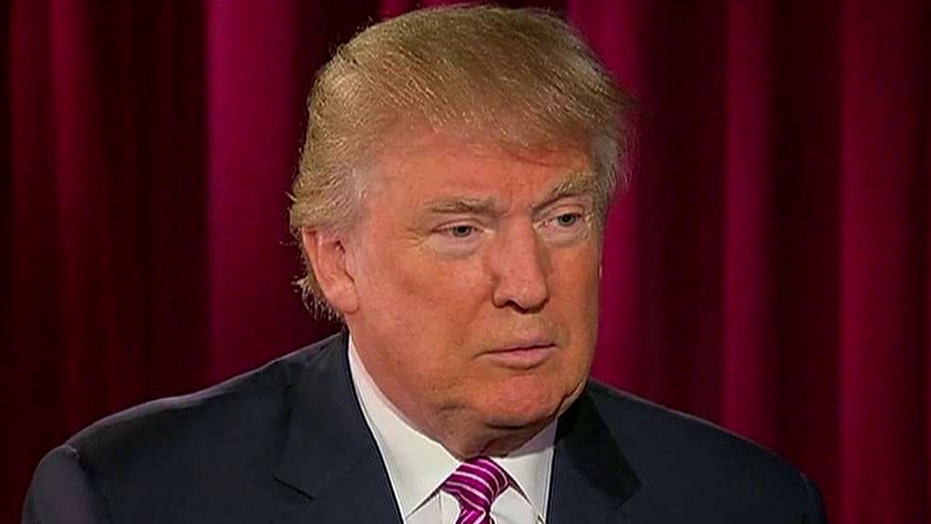 On 'Special Report,' Republican presidential candidate opens up about the search for a vice presidential choice, reaching out to Sanders voters, fighting ISIS, Putin, economy and jobs, domestic policy

Presumptive Republican nominee Donald Trump said Thursday he is looking for a vice-presidential candidate who has a close relationship with Congress, so that as president he can avoid having to sign executive orders that he described as a common feature of the Obama presidency.

In an interview with Fox News’ Bret Baier, the billionaire said he would look for a nominee who could help “get something passed.”

“I think somebody with political experience, that really has a close relationship with the Senate, with Congress, where they go in and help so we don’t have to sign executive orders like President Obama does every hour,” Trump said. "It would be nice to actually get something passed as opposed to just saying ‘we’re signing it anyway.'”

As to who specifically he is considering, he denied outright recent reports that he was looking at South Carolina Gov. Nikki Haley for the role.

“She is very fine but she is not under consideration. I’m looking at a lot, looking at quite a few,” Trump said, adding that his list of potential nominees included people who were on the presidential debate stage with him, and some who were not.

Trump hinted that he could consider former 2016 rival and Florida Sen. Marco Rubio for a possible role, although he noted Rubio wasn’t under immediate consideration for vice-president.

Trump said he had a good relationship with Rubio, although “it got a little bit nasty for a period of time.” He said that recently the two have had positive conversations.

“Marco’s a good guy, a really nice guy and I like him, but not necessarily with respect to any position, but it could happen,” he said. “Marco has been very supportive, very good and he’s said very nice things.”

While at a campaign rally in West Virginia later on Thursday, Trump told supporters to stay home and "save your vote for the general election."

Trump still needs over 200 delegates to get the Republican nomination before he can then officially shift to the general election.