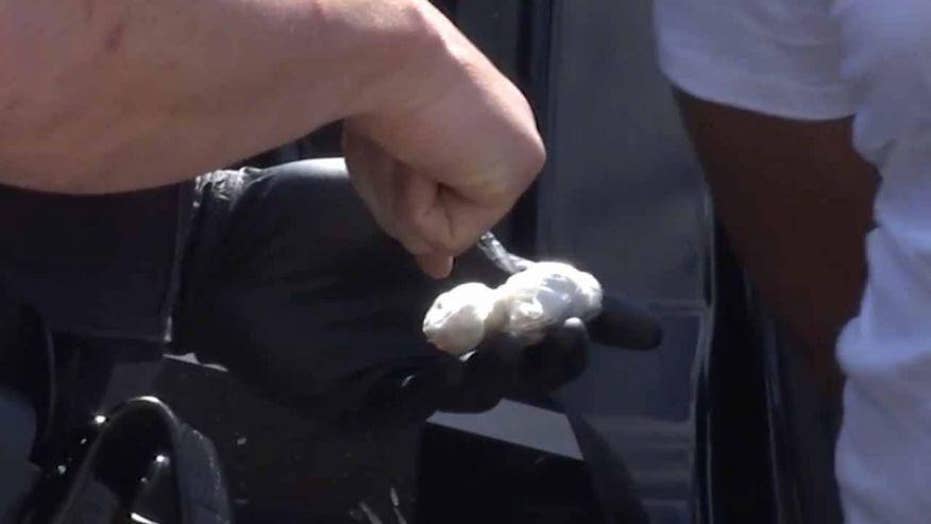 Ohio Gov. John Kasich's call for scientific breakthroughs to fight the opioid epidemic has been met with dozens of proposals

Trump, speaking after a security briefing at his golf club in Bedminster, N.J., said his administration is preparing the paperwork for the declaration. Doing so was the most urgent recommendation in a letter sent last week to the president by his own opioid commission.

New Jersey Gov. Chris Christie, who leads the commission, thanked the president for his announcement Thursday.

"I am completely confident that the President will address this problem aggressively and do all he can to alleviate the suffering and loss of scores of families in every corner of our country," Christie said in a statement.

The President's Commission on Combating Drug Addiction and the Opioid Crisis claimed that executive action would make the epidemic a top priority and allow the Cabinet to take “bold steps” toward combating drug abuse. Such a step could enhance the administration’s ability to make grants and conduct investigations.

"If this scourge has not found you or your family yet, without bold action by everyone, it soon will," the letter said.

Americans consume more opioids than residents of any other country, the commission said.

Citing a Substance Abuse and Mental Health Services Administration report that said four out of every five new heroin users began with prescription opioid abuse, the commission described the nation’s health care system as the root of the crisis.

The recommendations presented to the president included improved prescription tracking; increased treatment and education on substance use; and a call to ensure law enforcement always carry the counter-overdose drug naloxone.

Given the recent spike in overdoses, a study released last week by STAT warned that opioids could kill nearly 500,000 Americans in the next decade if this issue is neglected. But according to Richard Baum, acting White House drug czar, the White House already is pursuing some of the recommendations to protect against abuse.

"Addressing the opioid epidemic is a top priority for the President and the White House Office of National Drug Control Policy,” Baum said in a statement. “The good news is that the Administration is already working on several of these recommendations, including improving our abilities to detect fentanyl, increasing access to medication-assisted treatment, and looking at ways to improve prescriber education. The President and I both appreciate the Commission's hard work on this interim report and are eagerly awaiting the final report."

The Trump administration is also taking action on other fronts.

Attorney General Jeff Sessions announced last week the formation of the Opioid Fraud and Abuse Detection Unit. The pilot program will be implemented in 12 districts across the nation to focus on preventing opioid-related health care fraud and pill mill schemes.