FDNY: One dead after helicopter crash lands in Midtown Manhattan

The New York City Fire Department says the pilot of a helicopter that crashed on a high-rise building Manhattan has died; Bill Hemmer reports.

President Trump on Monday thanked first responders who rushed to the scene of the deadly New York City crash-landing on a Manhattan high-rise building.

"I have been briefed on the helicopter crash in New York City. Phenomenal job by our GREAT First Responders who are currently on the scene. THANK YOU for all you do 24/7/365!" the president, who has been at the White House on Monday, tweeted. "The Trump Administration stands ready should you need anything at all."

The helicopter pilot died in the crash-landing, fire-rescue officials said. There were no reports of any other injuries.

The crash unfolded Monday afternoon at the AXA Equitable building on Seventh Avenue in Midtown Manhattan.

Gov. Andrew Cuomo, who spoke to reporters at the scene about 20 minutes after the crash, said the impact shook the building and sparked a fire, but firefighters ultimately got it under control. He also said he'd spoken with President Trump about the incident. 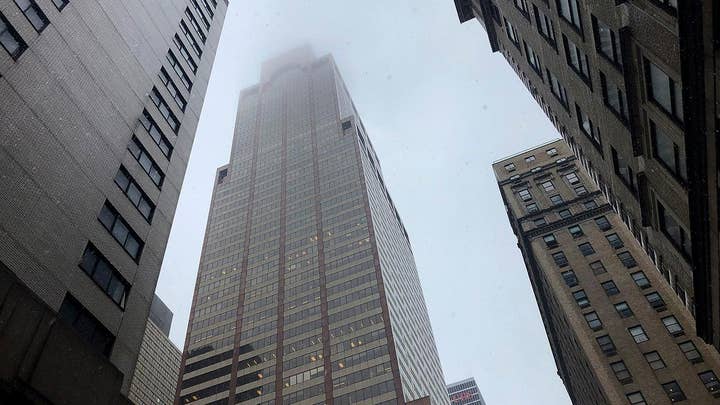 "President Trump called Governor Cuomo while he was on the scene to inquire about the helicopter accident in midtown Manhattan and whether any assistance was needed. The two spoke and will stay in contact as the situation develops," Cuomo's office said.

The crash-landing, close to both Rockefeller Center and Times Square, sent rescue vehicles rushing to the building. Videos posted by onlookers showed emergency vehicles in the street, but no obvious damage to the skyscraper, which is about 750 feet tall.

The FAA said it would investigate.