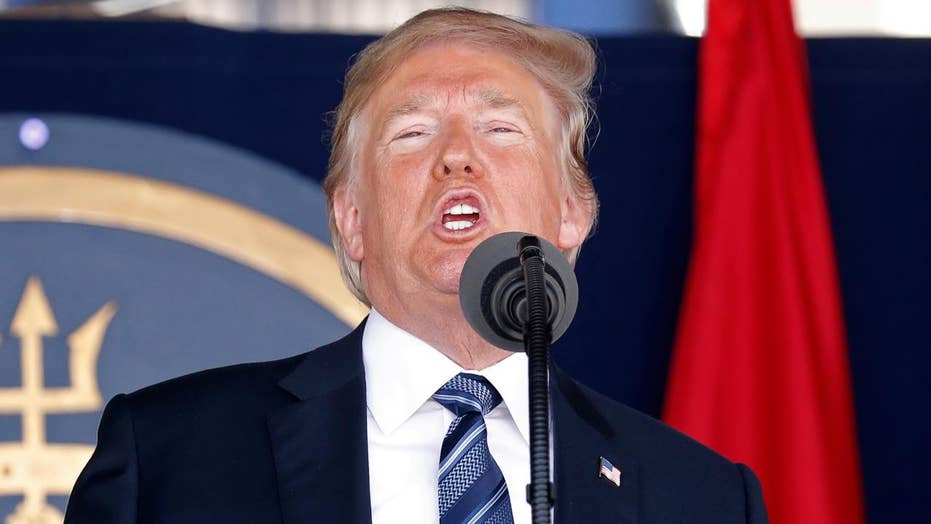 Trump: America is the greatest fighting force in the world

President Trump on Friday signed three executive orders overhauling the federal bureaucracy, including an order that makes it easier to fire federal workers for misconduct.

“To empower our civil servants to best help others, the government must always operate more efficiently and more securely,” the president said in a statement.

The White House said Trump, who famously promised to “drain the swamp” in Washington while running for president, signed the three orders Friday afternoon.

Government contractors wield enormous power at both the federal and state level.

The first executive order aims to strengthen accountability for federal employees and makes it easier to fire poor performers in the federal government.

The second executive order creates a federal labor relations working group to analyze union contracts with the federal government. It also makes it harder to pay federal unions to appeal firings and to lobby Congress.

The third executive order, focused on federal unions, is aimed at reducing waste and expenditures and requires federal employees to spend at least 75 percent of their time working on the job they were hired to do, as opposed to working on federal union work. It will also allow the federal government to start charging unions for office space in federal buildings.

According to The Wall Street Journal, Andrew Bremberg, who leads Trump’s domestic policy council, said the orders "will make it easier for agencies to remove poor-performing employees and ensure that taxpayer dollars are more efficiently used.”

The Journal also reported that unions representing federal employees said the orders would deprive their members of significant labor rights.

“These executive orders are a direct assault on the legal rights and protections that Congress has specifically guaranteed to the two million public-sector employees across the country who work for the federal government,” said J. David Cox Sr., president of the American Federation of Government Employees, whose membership includes some 700,000 U.S. government and D.C. workers.

“This administration seems hellbent on replacing a civil service that works for all taxpayers with a political service that serves at its whim,” The Journal quoted Cox as saying.

Cox said in the newspaper that his union was prepared to take its challenge to Congress and the public.