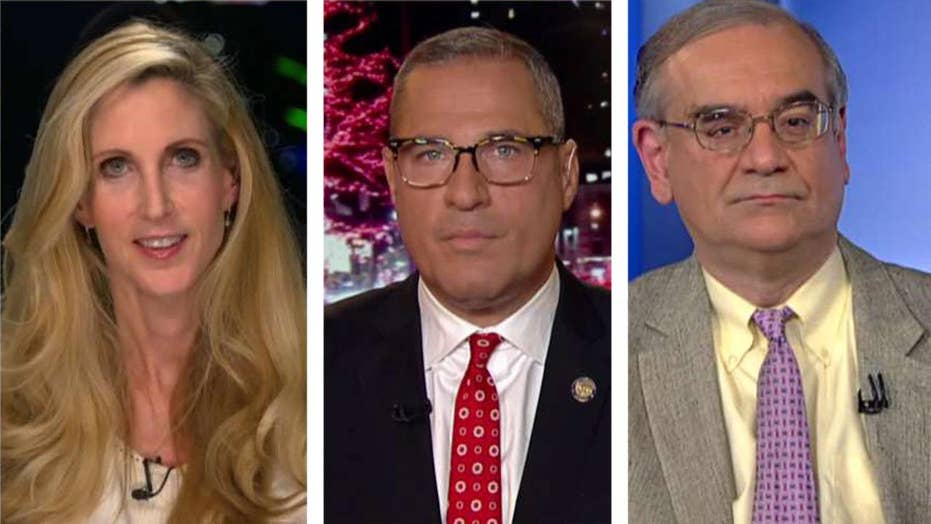 Reaction on 'The Ingraham Angle' to the president's remarks on immigration.

The leader of the Congressional Black Caucus said Thursday that President Donald Trump’s comments on immigrants from Haiti and Africa are “proof” that his Make America Great Again slogan is code for “Make America White Again.”

“President Trump’s comments are yet another confirmation of his racially insensitive and ignorant views. It also reinforces the concerns that we hear every day, that the President’s slogan Make America Great Again is really code for Make America White Again,” Richmond said in a statement.

Richmond also accused Trump of being more concerned with stemming the flow of African immigrants than helping Dreamers.

“Unfortunately, there is no reason to believe that we can negotiate in good faith with a person who holds such vile and reprehensible beliefs,” Richmond said.

The congressman's comments echoed remarks made by others in Congress.

“As an American, I am ashamed of the president,” Rep. Luis Gutierrez, D-Ill., said. “His comments are disappointing, unbelievable, but not surprising. We always knew that President Trump doesn’t like people from certain countries or people or certain colors.”

Rep. Mia Love, R-Utah, whose parents were Haitian immigrants, urged Trump to apologize, saying his comments were “unkind, divisive, elitist, and fly in the face of our nation's values.”

About a dozen people, both Republicans and Democrats, were in the room at the time Trump made the comments, including Sen. Lindsey Graham, R-S.C., and Sen. Dick Durbin, D-Ill.

Trump made the comments as Durbin was reading a list of temporary protected-status countries.

The president also suggested the United States should admit more people from countries like Norway instead, the Post reported. Trump had met with Norwegian Prime Minister Erna Solberg and held a news conference with her Wednesday.

In a statement, the White House did not deny Trump made the comments.