Dershowtiz: Worst case scenario in Russia probe not a crime

Professor emeritus at Harvard Law School explains on 'The Story'

Sean Spicer, the White house press secretary, said Tuesday that he expects an announcement “this week” on whether there are taped phone conversations between President Trump and his former FBI director, James Comey.

So far Trump has, at best, been coy about his possession of such tapes.

In May, Trump fired a loud warning shot, tweeting, “James Comey better hope that there are no ‘tapes” of our conversations before he starts leaking to the press!”

The president last month told reporters that "I'll tell you about that maybe sometime in the near future" but offered no hints as to whether the tapes exists, except saying that some journalists would "be very disappointed" to find out the answer.

The House intelligence committee has asked White House counsel Don McGahn to provide an answer to the question about tapes by Friday. Under a post-Watergate law, the Presidential Records Act, recordings made by presidents belong to the people and can eventually be made public. Destroying them would be a crime. 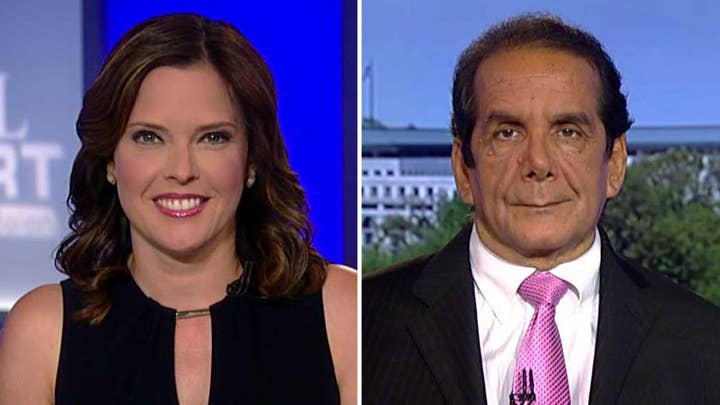 Comey testified before the Senate that Trump asked for his loyalty and asked for him to drop the probe into former National Security Adviser Michael Flynn. Some have raised the possibility that Trump's request constituted obstruction of justice, but the president has yet to produce the tapes that could theoretically clear his name.

The investigation was originally launched to look into Russia's meddling in the 2016 election. Trump has at times cast doubt on that conclusion, and Spicer said Tuesday that he has yet to discuss with the president whether he believes that Moscow was behind the election interference.

"I have not sat down and talked to him about that specific thing," Spicer said.

America's top intelligence officials have concluded that Russia undoubtedly interfered in America's 2016 presidential campaign. Characterizing it as the "high-confidence judgment of the entire intelligence community," Comey testified that there is no doubt that the Russians meddled "with "purpose," "sophistication" and technology. Trump, meanwhile, has dismissed investigations into the meddling and potential collusion with his campaign associates as a "witch hunt."

Robert Mueller, the special counsel now overseeing the investigation, is slated to meet with top members of the Senate Judiciary Committee on Wednesday. He will talk with the chairman of the committee, GOP Sen. Chuck Grassley of Iowa, and the top Democrat, Sen. Dianne Feinstein of California. He'll also meet with GOP Sen. Lindsey Graham of South Carolina and Democratic Sen. Sheldon Whitehouse of Rhode Island.

Part of the reason for the meeting is to ensure there is no conflict between Mueller's probe and the work of the congressional committees.