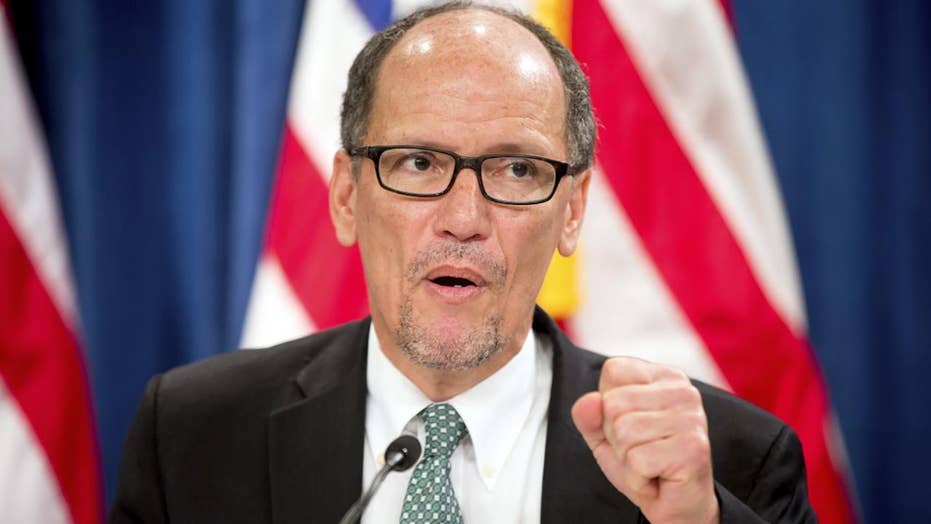 President Donald Trump took to Twitter on Friday night to fire back at a Democratic Party lawsuit alleging a widespread conspiracy to tilt the 2016 election in his favor.

On a night when he was also tweeting about perceived progress on the denuclearization of North Korea, the president had this to say about the Dems' lawsuit:

"Just heard the Campaign was sued by the Obstructionist Democrats. This can be good news in that we will now counter for the DNC Server that they refused to give to the FBI, the Debbie Wasserman Schultz Servers and Documents held by the Pakistani mystery man and Clinton Emails."

The Democratic Party on Friday filed a multimillion-dollar federal lawsuit against Trump campaign officials, the Russian government and WikiLeaks, alleging an election conspiracy.

Calling it an “all-out assault on our democracy,” the Democratic National Committee filed the civil suit in federal district court in Manhattan. The suit amounts to another legal broadside related to the 2016 race, on top of the special counsel's ongoing Russia probe and the FBI raid on Trump's personal attorney this month.

"The conspiracy constituted an act of previously unimaginable treachery: the campaign of the presidential nominee of a major party in league with a hostile foreign power to bolster its own chance to win the Presidency," the suit states.

The new suit claims that Trump campaign officials worked in tandem with the Russian government and its military spy agency to bring down Hillary Clinton by hacking into the computer networks of the Democratic National Committee and spreading stolen material.

Gates and Manafort have both been charged in special counsel Robert Mueller’s investigation into Russian interference in the 2016 election.

The suit also claims WikiLeaks founder Julian Assange “shared the defendants’ common goal of damaging the Democratic Party in advance of the election.” The suit states that Russia, using WikiLeaks, would disseminate information stolen from the DNC “at times when it would best suit the Trump campaign.”