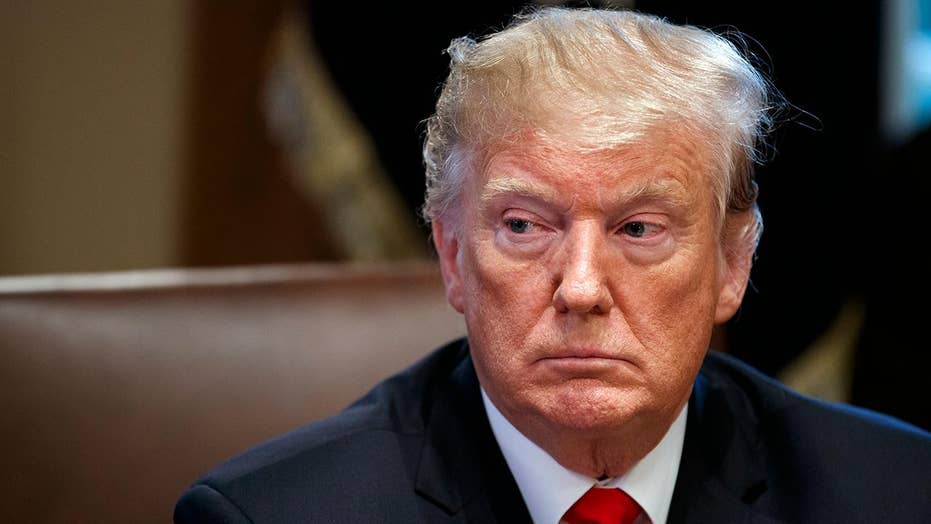 Trump not giving a set timeline on the US exit from Syria is a 'move back in the right direction' for Sen. Mike Rounds

Republican on the Armed Services Committee tells 'America's Newsroom' that the president is listening to the experts about getting the job done before removing U.S. forces from Syria.

President Trump fired back Friday at Democrats calling for his impeachment within moments of the 116th Congress convening, claiming he's had “the most successful first two years” of any president.

Trump spoke out on the impeachment calls after a video surfaced of freshman Democratic Rep. Rashida Tlaib making a profanity-laced vow to remove him from office. She subsequently defended her remarks, saying she will "always speak truth to power."

“How do you impeach a president who has won perhaps the greatest election of all time, done nothing wrong (no Collusion with Russia, it was the Dems that Colluded), had the most successful first two years of any president, and is the most popular Republican in party history 93%?”

He also said that Democrats "only want to impeach me because they know they can’t win in 2020, too much success!"

Trump's claim of 93 percent support refers only to his support among loyal Republicans. Gallup polling for months has shown his job approval ratings underwater, with support hovering lately around 40 percent. Yet amid the various controversies surrounding his administration and the recent stock market dive, Trump on Friday was armed with a major dose of positive news when the Labor Department said employers added a stunning 312,000 jobs in December, blowing past expectations.

But while Trump highlights economic gains on his watch, Democrats are testing the bounds of the impeachment discussion.

Tlaib, D-Mich., after penning an op-ed for The Detroit Free Press calling for Trump’s removal from office, tore into the president before an enthusiastic crowd Thursday night, in newly surfaced video.

“People love you and you win,” Tlaib said. “And when your son looks at you and says, ‘Momma, look you won. Bullies don’t win.’ And I said, ‘Baby, they don’t, because we’re gonna go in there and we’re gonna impeach the motherf----r.’”

Tlaib’s op-ed also called Trump a “direct and serious threat” to the U.S. and called for impeachment proceedings to begin.

To remove a sitting president, the Constitution requires conviction by the Senate on “treason, bribery, or other high crimes and misdemeanors.” The impeachment process would require the consent of both the House and two-thirds of the Senate, which still has a Republican majority.

But newly instated House Speaker Nancy Pelosi, D-Calif., didn’t say whether the House would seriously consider impeaching the president -- at least until after the release of Special Counsel Robert Mueller’s report on his investigation into Russian meddling and potential collusion with Trump campaign associates during the 2016 presidential election.

White House Press Secretary Sarah Sanders on Friday said Democrats are only going after the president because “they know they can’t beat him.”

She added: “[Americans] want these individuals to actually come to help the president, not to fight.”