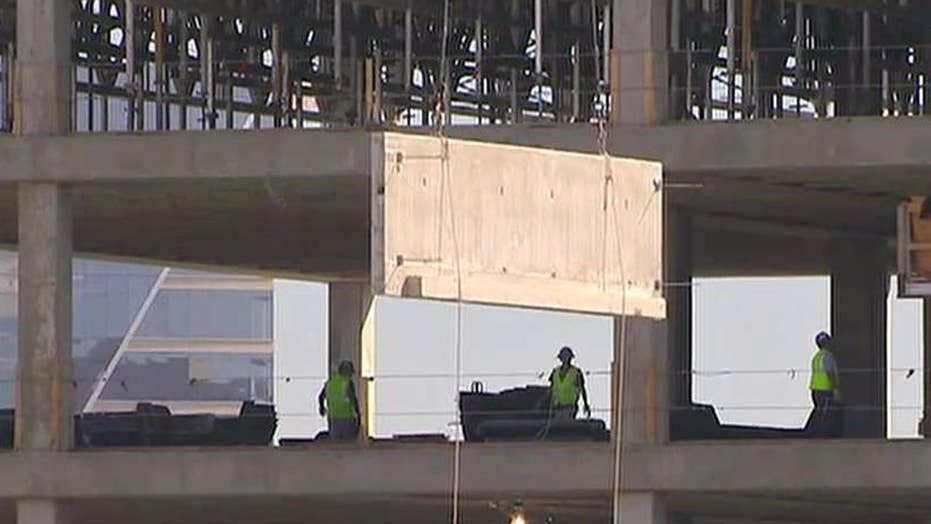 More temporary worker visas will be made available this year; Casey Stegall reports from Dallas

The job pays $18 an hour but Andrea Hance can't find any Americans to do it. If she does, they don't last.

"Statistically," Hance said, "there is a 97 percent chance that a U.S. seasonal worker will ask to get off the boat with the first week."

Hance and her husband run two shrimp boats. She also heads the Texas Shrimp Association. This was supposed to be their year. Gulf shrimp are supposed to be plentiful and the price of shrimp is good.

But without the workers to get their catch, they're leaving money on the table.

The H-2B Visas is supposed to help. The visa is for non-agricultural seasonal help for industries like construction, landscaping and fishing. The program allows 66,000 of these workers into the U.S. but only after the business requesting them has proven it can't find American workers to find the jobs.

Just this week, the Department of Homeland Security announced the H-2B program is being expanded, for this year only, to add an additional 15,000 workers.

You would think that would be music to the ears of Jeff Stokes, who is with the Texas Nursery and Landscape Association.

But Stokes says "it's too little, too late."

Since the H-2B visa deals with seasonal workers, Stokes said, by the time the new visas are approved, the businesses may not even need workers anymore. The opening period to apply for workers through the expansion began Wednesday. Typically, it takes the government 30 to 60 days to process the visas.

Businesses can pay an extra $1,200 for the expedited processing.

But Jason Craven with Southern Botanical, a landscaping company in Dallas, said he already pays $1,000 for each worker who comes in on the H-2B visa. He employs 50 workers with the visas. He started on their applications last fall.

"I'm sure it'll help some people," he says of the program's expansion.

But for him, it doesn't make much sense to try to get more help now, since any workers gained through the program would still be leaving at the end of November or early December. Instead, in September Craven will start filling out the paperwork needed for next year's batch of visas.

Just how many jobs are being left empty? Critics of the H-2B program say it's hard to tell.

Daniel Costa with the Economic Policy Institute said that the visa is ripe for abuse.

"So many employers are claiming they have labor shortages," Costa said, "but nationwide – we don't see that evidence."

Costa is also concerned that H-2B workers aren't paid what they should be and are open to exploitation, given that their status in the U.S. is tied to their employer. Costa said he's not opposed to immigration but wants a level playing field.

"It has to be fair to migrant workers,” Costa said, “but also the U.S. workers should have a fair shot at those jobs and not be discriminated against."

Craven said each year he's required to advertise jobs with his landscaping company, in the paper and online, for about a month before he can apply for the H-2B Visas.

He said he usually only gets one or two applicants and if he does hire someone, they usually only last a day.