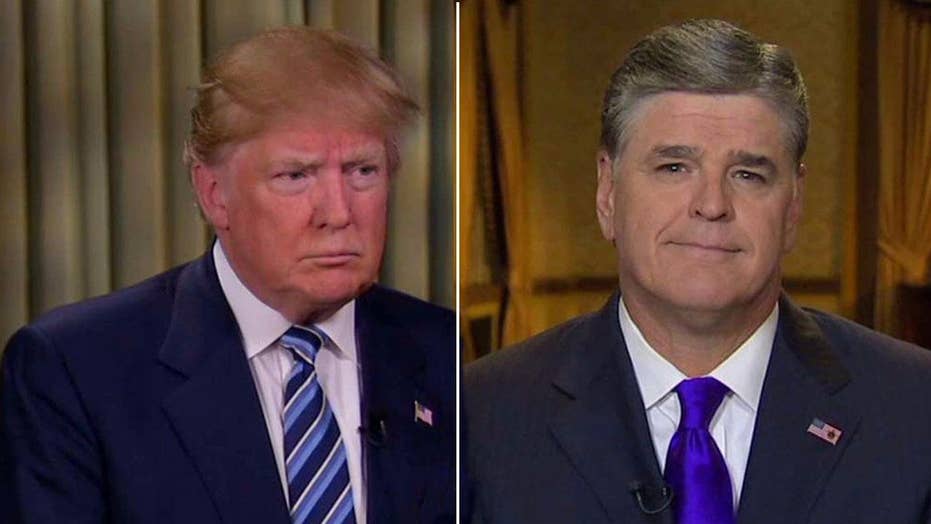 Trump: I'm the most conservative on many issues

Trump was asked about a possible war with Iraq during a five-minute phone interview with radio host Howard Stern on Sept. 11, 2002. In between Trump's recollections of the Sept. 11, 2001 terror attack on the World Trade Center and his thoughts on rebuilding the Twin Towers, Stern asked the billionaire real estate developer, "Are you for invading Iraq?"

"Yeah, I guess so," Trump responded. "You know, I wish the first time it was done correctly," an apparent reference to the Gulf War. A month after the interview, Congress passed a joint resolution authorizing military action against Iraq.

The audio was first reported late Thursday by Buzzfeed News.

For months, Trump has cited his opposition to the Iraq War as evidence of his foreign policy judgement. When asked about the statement during a CNN town hall in South Carolina Thursday, Trump initially said he did not remember making the statement, but added, "I could have said that. Nobody asked me- I wasn't a politician. It was probably the first time anybody asked me that question.

"By the time the war started, I was against it," Trump added. "And shortly thereafter, I was really against it."

In an interview with Fox News' Sean Hannity Thursday, Trump restated his opposition to the war, saying "We attacked Iraq, but Iraq didn’t knock down the World Trade Center." Trump also said that he would declassify the entire 9/11 Commission Report, telling Hannity "When that’s open, I think you’ll find out that Saudi Arabia had a lot to do with the ripping down of the World Trade Center."

Trump also invoked the 9/11 attacks in response to Jeb Bush's claim that his brother kept the U.S. safe, saying "The World Trade Center came down … That’s not keeping us safe."

During the town hall, Trump also eased off comments he had made earlier in the day about Pope Francis. Returning to Rome from a five-day trip to Mexico, Francis had said that Trump's pledge to build a wall along the entire length of the border and expel millions of illegal immigrants was "not Christian".

Trump, a Presbyterian, initially responded by saying, "For a religious leader to question a person's faith is disgraceful. I am proud to be a Christian, and as president I will not allow Christianity to be consistently attacked and weakened."

However, on Thursday night, Trump said "I don't like fighting with the Pope, actually. I don't think this is a fight. I think he said something much softer than was originally reported by the media. I think that he heard one side of the story, which is probably by the Mexican government."