President Trump on alleged election fraud: The DOJ is 'missing in action'

President Trump tells 'Sunday Morning Futures' in his first interview since Election Day that he has 'not seen anything' from the Department of Justice or the FBI on investigating alleged election fraud.

President Trump told “Sunday Morning Futures” in his first interview since Election Day that the Department of Justice is “missing in action” regarding alleged election fraud.

He went on to tell host Maria Bartiromo in the exclusive interview that he has “not seen anything” from the DOJ or the Federal Bureau of Investigation on investigating the 2020 election.

“You would think if you’re in the FBI or Department of Justice, this is the biggest thing you could be looking at,” Trump said. “Where are they? I’ve not seen anything.”

“They just keep moving along and they go on to the next president,” he continued.

Trump, who has yet to concede to President-elect Joe Biden, went on to stress that he believes “this election was a fraud,” adding that he thinks it was “rigged,” claims he has repeatedly made.

Trump’s legal team is attempting to prove through various legal battles that the president is the rightful winner of the 2020 presidential election, despite Biden being the projected winner.

TRUMP SLAMS JUDGES' ELECTION DECISIONS: 'WHAT KIND OF A COURT SYSTEM IS THIS?'

“I ask, are they [DOJ and FBI] looking at it? Everyone says, ‘Yes, they’re looking at it,’” Trump said on Sunday. “Look, where are they with [Former FBI director James] Comey, [former FBI Deputy Director Andrew] McCabe and all of these other people?”

“They lied to Congress, they lied, they leaked, they spied on our campaign,” he added, referencing the Russia probe.

He went on to ask, “Where are they with all of this stuff? And what happened to [U.S. Attorney John] Durham? Where’s Durham?”

Durham’s investigation into the origins of the Russia probe remains “full steam ahead,” a source familiar with his progress told Fox News earlier this month, despite concerns from Republicans and Trump allies that the probe has been dormant following Election Day. 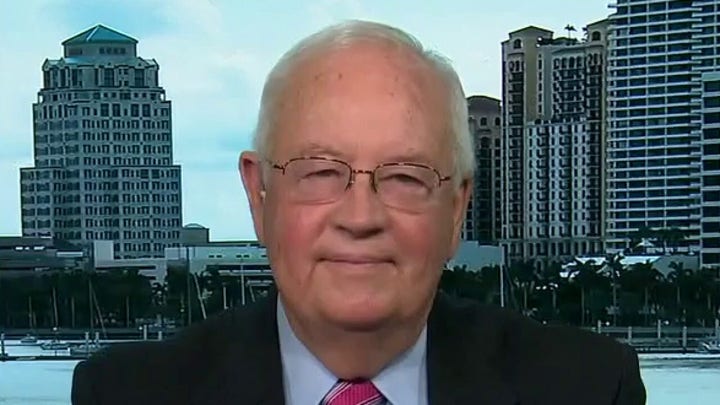 “What we are really dealing with here and uncovering more by the day is the massive influence of communist money through Venezuela, Cuba and likely China in the interference with our elections here in the United States,” Powell said.

She attempted to link election software in several states with a company founded “at the direction” of former Venezuelan dictator Hugo Chavez, who died in 2013.

Dominion has repeatedly rejected accusations about vote switching and software issues. The company's international headquarters are in Toronto, where it was founded in 2002, and its U.S. base is in Denver.

“The latest flood of absurdities is deeply concerning, not just for Dominion but also for our dedicated state and local partners and the electoral process on whole,” the voting software company said in a statement following a press conference when Trump’s team made the allegations.

“Dominion is plainly a nonpartisan American company with no ties to Venezuela or Cuba,” the statement continued. “Vote counts are conducted by county and state election officials, not by Dominion, or any other election technology company – our systems support tabulation by those officials alone.”

Powell has said that the votes for the U.S. election were counted in countries such as Spain and Germany. Dominion spokesperson Michael Steel flatly rejected this notion during an interview with Fox News last week.

“What’s going on in this country is not to be believed,” Trump said on Sunday. 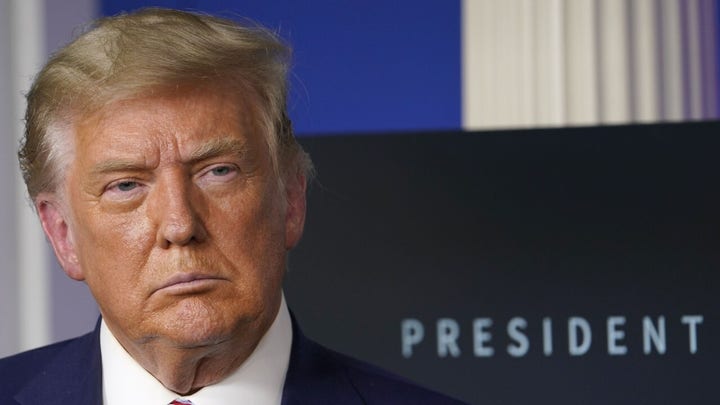 He went on to ask, “Why isn’t the FBI all over the place?”

“They’re not, they’re not, it’s an incredible thing,” Trump continued. “They’re not and it’s an embarrassment to our country.”

A senior DOJ official declined to comment, however, earlier this month Attorney General William Barr, who has not spoken publicly about the 2020 election, issued a memo to U.S. Attorneys to probe “substantial allegations” of fraud.

Fox News correspondent David Spunt reported that a senior FBI official said there is no blanket investigation into voter fraud across the United States as of Monday morning, adding that if “appropriate evidence is presented, the bureau will take a look.”