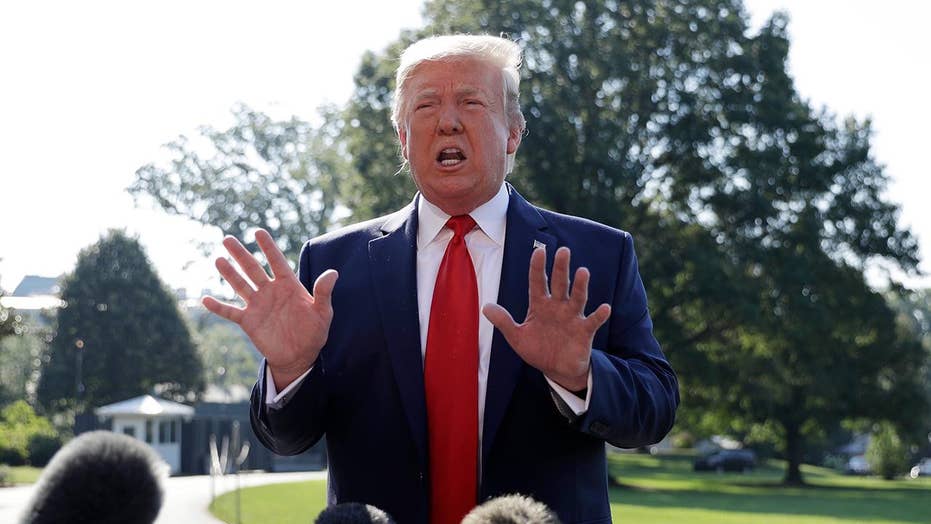 The president and his supporters double down on criticism of the conditions of Baltimore and Democrat leadership in the city; Mark Meredith reports from the White House.

President Trump on Tuesday said the people of Baltimore, specifically in African-American communities, are calling and “thanking” him for exposing the “corruption” in Baltimore, amid the days-long controversy surrounding his criticisms of the city and its Democratic leadership.

The president has been locked in a feud with Rep. Elijah Cummings, D-Md., for days after he called Baltimore—which is in Cummings’ district—a “disgusting, rat and rodent infested mess.”

Trump, before departing the White House for Jamestown, Va. Tuesday, was asked whether he felt he was “hurting” himself with his comments about Baltimore. The president scoffed that he was, instead, “helping” himself.

“I think I’m helping myself because I’m pointing out the corruption in Baltimore,” Trump responded. “The White House and myself have received more phone calls from the people of Baltimore and other cities thanking me.” 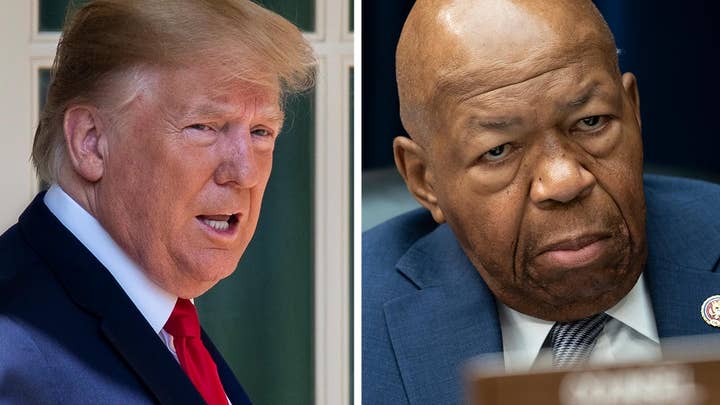 “What I’ve done for African-Americans, I would say no president has done,” Trump said, describing the administration’s successful criminal justice reform. “They are so happy about what I’ve been able to do in Baltimore and other Democrat corrupt cities…They are so thankful they called me and said finally somebody is telling the truth.”

The president went on to say that he feels “so sorry” for the people of Baltimore, and that “if they ask me, we will get involved.”

He added: “African-American people love the job I’m doing because I’m working for them—not the politicians.”

TRUMP RAMPS UP WAR OF WORDS WITH CUMMINGS, CALLS HIM A 'RACIST'

The Baltimore controversy came after Cummings criticized border patrol officials during a House Oversight Committee hearing last week. Trump, over the weekend, claimed that conditions in Baltimore were “more dangerous” than those at the border, and said that “no human being would ever want to live there.”

Democrats immediately rallied to Cummings’ side, including House Speaker Nancy Pelosi, D-Calif., who was born in Baltimore, and Sen. Elizabeth Warren, D-Mass., and accused Trump of being a racist.

On Monday, Rev. Al Sharpton, an MSNBC host, joined the conversation, tweeting that he would travel to Baltimore to address Trump’s remarks and “bi-partisan outrage in the black community” over them. Trump fired back, calling Sharpton a “con man.”

“I am the least racist person of anyone,” Trump said Tuesday. “Al Sharpton is a racist.”

Trump then went on to suggest that Cummings, the chairman of the House Oversight Committee, review the conditions and corruption in the city.

Cummings’ committee, though, is leading several Trump-focused investigations—including one into the security clearance process at the White House, and one into Ivanka Trump and Jared Kushner’s use of private email accounts while conducting official administration business.