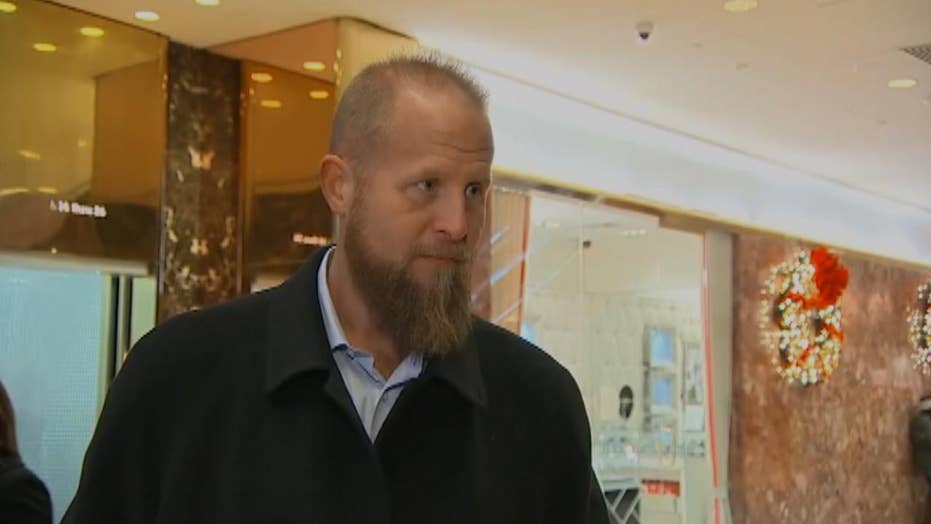 A look at how Brad Parcscale knew Donald Trump and became his campaign manager for the President’s 2020 re-election campaign.

Quarantine Routine is a regular feature that asks political power brokers how their daily lives have changed – and how they're still doing their jobs – during the coronavirus crisis.

It's the ultimate exercise in telecommuting, but the towering Republican operative says he's making it work.

"Overall the work hasn’t changed, but the location and methods have," he says of guiding the massive campaign operation remotely.

Parscale described how his daily routine has changed and how he’s staying positive in a Q&A with Fox News:

How has your daily routine changed since social distancing measures began?

Parscale: Like for most of America, it has changed considerably. Before the pandemic hit, I was flying several times a week, traveling the nation for my work on President Trump’s reelection. Too many meetings to count, most of which I attended in person. I didn’t get to see my wife much.

However, since we’ve been social distancing, I get to see my wife every day, which is a nice change! Not flying right now. Still having meetings, but using technology instead. Overall the work hasn’t changed, but the location and methods have.

What are the biggest challenges in doing your job during this crisis?

Parscale: Adapting our campaign to the new reality has been a challenge, but one we were excited to meet and conquer. The president’s campaign is built on data and technology, so we were better able to adapt to an all-virtual setting than anybody else.

Since March 16 we have adapted fully to an online campaign, still setting records in volunteers, phone calls and online programming. In one week, our volunteers placed over 3.1 million phone calls to voters (including 1.5 million in one day). Those numbers are unheard of in March of an election year.

What do you miss the most about how you did your job before this began?

Parscale: I miss campaign meetings at restaurants. I am big fan of eating out socially. It is part of being human, breaking bread together. I miss traveling the country and thanking our great team members in state after state. We will get back to that soon!

What surprised you most about how life has changed?

Parscale: The incredible public demand for toilet paper and paper towels. At our house we’ve managed to get by without stocking up with 10,000 rolls of toilet paper.

How do you blow off steam?

Parscale: Swimming. Getting in the water and swimming helps reset my head, focus my attention and keep crushing it for President Trump.