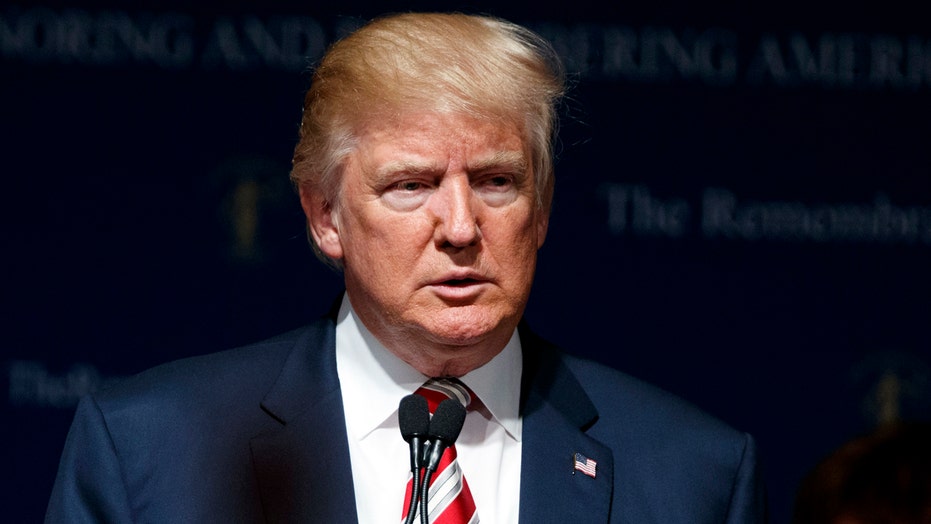 Trump on terror: We need to hit them harder over there

Donald Trump revived his calls for tightening immigration following a rapid-fire succession of terror attacks involving foreign-born suspects spanning from Minnesota to New York and New Jersey, describing the threat as “cancer from within.”

The Republican presidential nominee, in an interview Monday morning with Fox News’ “Fox & Friends,” pointed to the latest threat in doubling down on his criticism of his Democratic opponent wanting to boost refugee admissions.

Trump has called for “extreme vetting” for U.S.-bound immigrants and for a temporary suspension of all immigration from certain countries with a history of terror – proposals his critics have blasted as overly broad.

The Obama administration, meanwhile, wants to boost the total number of refugees to the U.S. next year to 110,000, a nearly 30 percent increase. Clinton specifically wants to increase the number of Syrian refugee admissions from 10,000 to 65,000.

Trump questioned whether refugees can be property vetted.

Clinton also addressed the attacks, speaking to reporters Monday on the tarmac at Westchester Airport in New York.

“This threat is real, but so is our resolve,” Clinton said.

She said she supports “tough vetting” but noted that millions of “law-abiding” Muslims and other naturalized citizens are in the country. “Let us be vigilant, but not afraid,” she said.

Investigators are still looking for answers about the individuals involved in the attacks and explosions over the weekend.

Authorities have taken into custody 28-year-old Ahmad Khan Rahami, a naturalized U.S. citizen born in Afghanistan. Rahami was wanted for questioning in the weekend explosion in a Manhattan neighborhood that injured 29 people.

Authorities were still working to determine whether there is a connection between multiple explosive devices found over the weekend in two states: the Manhattan explosion, an unexploded pressure cooker device blocks away, a pipe bomb blast at a Jersey shore town and five explosive devices at a New Jersey train station. Further, a young Somali man went on a stabbing spree Saturday in St. Cloud, Minn., injuring eight people – the Islamic State claimed responsibility via ISIS-related media. The attacker was shot and killed by an off-duty officer.

“I pray for all of those who were wounded, and for their families. Once again, we saw the bravery of our first responders who run toward danger to help others. Their quick actions saved lives,” she said. “Law enforcement officials are working to identify who was behind the attacks in New York and New Jersey and we should give them the support they need to finish the job and bring those responsible to justice -- we will not rest until that happens. ISIS has claimed responsibility for the attack in Minnesota, and this should steel our resolve to protect our country and defeat ISIS and other terrorist groups.”

Clinton cited her “comprehensive plan” for confronting the terror threat, including “launching an intelligence surge to help identify and thwart attacks before they can be carried out, and to spot lone wolf attackers.” She said the U.S. also needs to “work with Silicon Valley to counter propaganda and recruitment efforts online.”

Trump also complained Monday that police are “afraid” to act to stop these kinds of plots because they don’t want to be accused of profiling.