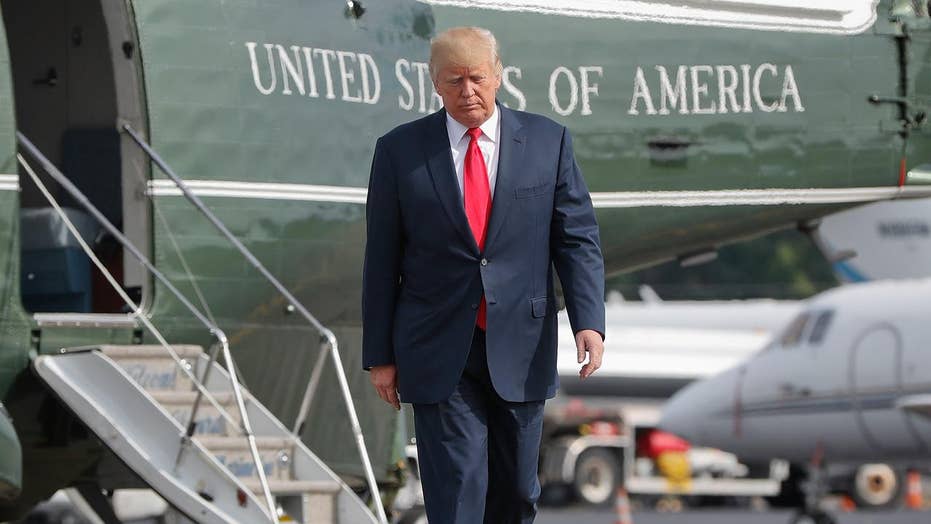 Conflicts could be emerging between Trump and his cabinet

Former deputy assistant to President Trump Sebastian Gorka discusses how Donald Trump will use his outsider status to “drain the swamp,” despite seeming conflicts between Trump and the GOP.

President Trump boasted Saturday on Twitter about small-dollar donations from his supporter is helping the Republican National Committee break fundraising records and that frequent detractor The Washington has taken notice.

“Can't believe I finally got a good story in the @washingtonpost. It discusses the enthusiasm of ‘Trump’ voters through campaign base contributions,” the president said in a two-part tweet.

“The RNC is taking in far more $'s than the Dems, and much of it by my wonderful small donors. I am working hard for them!”

The Washington Post story points out the Republican Party is poised to collect more small-dollar contributions this election cycle than it has in more than a decade, with the help of Trump’s fundraising appeals.

Trump has been critical of the Washington Post since the start of his winning 2016 presidential campaign, accusing the liberal-leaning paper of publishing "fake news" about him.

This year, more than $40 million of the $68 million in direct contributions to the RNC by the end of August came in donations of $200 and less, according to The Post story, based on campaign finance data reviewed by the newspaper.

The numbers suggest that Trump, in his roughly first eight months of office, remains popular among his base, despite having an overall job-approval rating in the low 30-percent range.

Republicans’ fundraising money will be crucial in their efforts in the 2018 midterm election cycle to keep their House and Senate majorities.

The RNC has so far this year raised nearly twice as much as its political counterpart, the Democratic National Committee.

The GOP raised roughly $75 million in the first six months of this year, compared to about $38 million for Democrats.