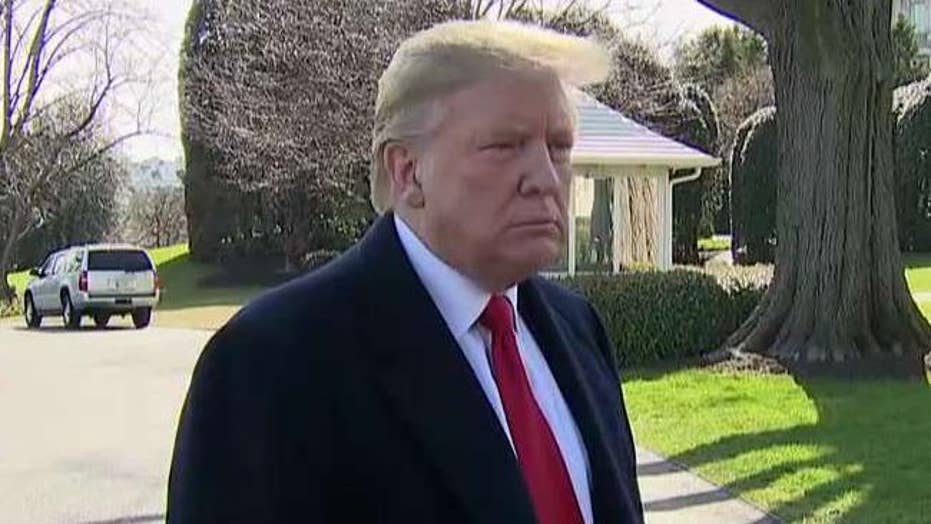 Trump: I've just authorized a funding of the Special Olympics

After days of controversy and criticism, President Trump said he is backing off a budget request that would have cut funding for the Special Olympics.

Trump told reporters at the White House on Thursday, “I’ve overridden my people for funding the Special Olympics.”

The president added: “I’ve been to the Special Olympics. I think it’s incredible.”

The Trump administration’s education budget proposal called for the elimination of $17.6 million for the Special Olympics, roughly 10 percent of the group’s overall revenue.

“We express our gratitude to President Trump for reauthorizing funding for Special Olympics school-based programming. He joins a long history of over 50 years of United States presidents and members of Congress on both sides of the aisle in their support of Special Olympics and the work we do in communities throughout the country,” the organization said in a statement after Trump’s announcement. “This is a nonpartisan issue and we are proud of our work to create inclusion in schools and among young people."

Trump officials previously called for the elimination of Special Olympics funding in their budget proposal for 2019, but Congress rejected the idea. Lawmakers from both parties said they would reject it again for 2020.

Democrats pressed Education Secretary Betsy DeVos on the topic during a Senate budget hearing Thursday, just days after House Democrats grilled her on the proposal and sparked criticism online.

In a heated exchange with Sen. Dick Durbin, D-Ill., DeVos said she “wasn’t personally involved” in pushing for the cut, but she defended it as her agency seeks to pare $7 billion from the 2020 budget.

The Special Olympics provides both training and competition for children and adults with disabilities, with partners around the globe.