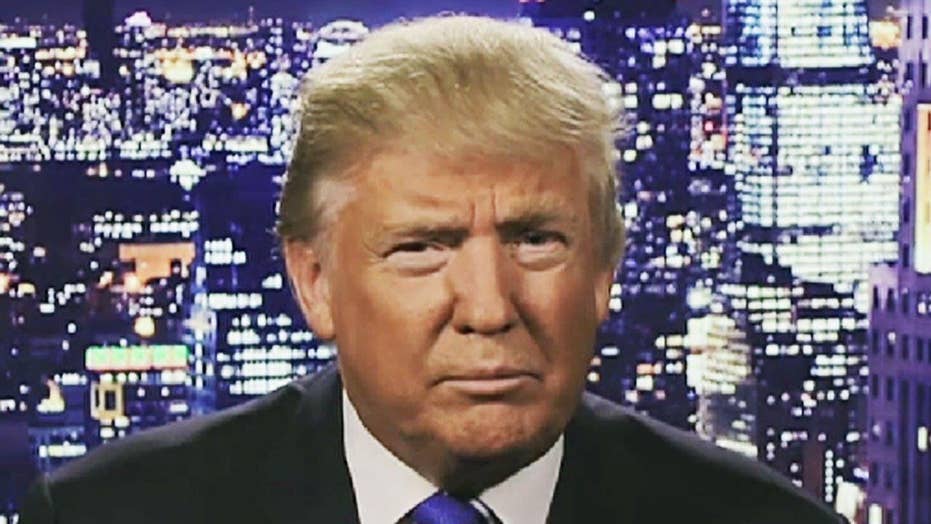 Republican presidential candidate Donald Trump released a midnight video statement early Saturday apologizing for lewd comments about women that he made on a 2005 audio tape as two Republican senators called on him to drop out of the presidential race.

In the video, Trump said the remarks "don't reflect who I am. I said it, I was wrong, and I apologize."

However, Trump turned on his Democratic rival Hillary Clinton in the latter part of the statement, accusing her of having "bullied, attacked, shamed and intimidated" her husband's "victims."

"I’ve said some foolish things, but there’s a big difference between the words and actions of other people," Trump said. "Bill Clinton has actually abused women ... We will discuss this more in the coming days." The video closed with Trump reminding viewers to tune in to his second presidential debate with Hillary Clinton in St. Louis Sunday night.

The video and audio released Friday by The Washington Post and NBC News recorded a conversation between Trump and "Access Hollywood" host Billy Bush in which Trump described an attempt to have sex with a married woman. He also brags about women letting him kiss and grab them because he is famous.

"When you're a star they let you do it," Trump says. "You can do anything." He later used a crude term for part of a woman's anatomy.

Trump initially offered a statement of apology shortly after the video was released, saying he was sorry "if anyone was offended." He released the video statement after the scope of the damage became clear.

The remarks were met with shock and anger on all sides of the political spectrum. Sen. Mike Lee, R-Utah, called Trump a "distraction" in a statement on Lee's Facebook page and said it was "time for him to step aside so we can focus on the winning ideas that will carry Republicans through to a victory in November."

Rep. Jason Chaffetz, R-Utah, the chairman of the House Oversight Committee, told Fox13 Utah that he could no longer support Trump for president, calling the remarks "abhorrent and offensive." Chaffetz did not say whom he would support instead.

Rep. Mike Coffman, R-Colo., also called for Trump to "step aside," adding "his defeat at this point seems almost certain."

Sen. Mark Kirk, R-Ill., facing a tough re-election fight, tweeted that Trump should drop out and the Republican Party should "engage rules for [an] emergency replacement."

Senior Republicans on Capitol Hill expressed fears that Trump's comments could jeopardize the GOP's chances of holding onto the Senate after the November elections.

"This is bad," one senior GOP source told Fox News early Saturday. "We're going to have to re-evaluate everything."

However, the source doubted that the Republican National Committee would take the drastic step of forcing Trump to vacate the top of the presidential ticket, saying "I don't see it happening a month out. Plus, would [RNC chairman] Reince [Priebus] do that? I doubt it."

Priebus, who has stood by Trump after prior provocative comments, decried the real estate mogul's latest remarks in a brief statement.

"No woman should ever be described in these terms or talked about in this manner. Ever," Priebus said.

Republicans are particularly worried about the impact of the latest Trump furor on Senate races in Pennsylvania and North Carolina, two states with a high number of highly educated female voters. The Nevada Senate race could also be an issue because of Hispanic voters who may be offended by Trump's prior comments about Mexican immigrants and former Venezuelan Miss Universe Alicia Machado.

When asked where the Trump comments wouldn't impact Senate candidates, one senior source replied "Alabama," a state Trump is likely to carry next month and where Sen. Richard Shelby faces little opposition for re-election.