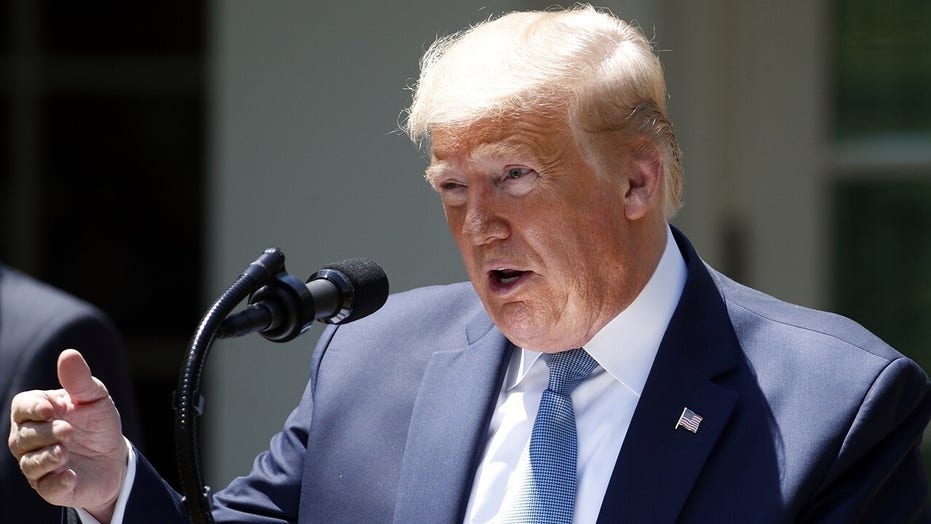 Trump: Operation Warp Speed unlike anything our country has seen since the Manhattan Project

President Trump announces a task force to develop a proven coronavirus vaccine as fast as possible.

President Trump on Friday announced a new public-private partnership to develop a vaccine for the novel coronavirus as part of what's being called “Operation Warp Speed," saying he hopes it will be produced "quickly" and will possibly be ready by the end of the year.

“This is an endeavor unlike anything our country has seen since the Manhattan Project…No one has seen anything like we’re doing now within our country since the second world war. Incredible,” Trump said in introducing “Operation Warp Speed.”

The event took place at the White House in the Rose Garden. The president was joined by his chief of staff Mark Meadows, senior advisor Jared Kushner, coronavirus task force coordinator Dr. Deborah Birx and Dr. Anthony Fauci--both of whom wore face masks during the event.

“That means big and it means fast,” Trump said of the efforts. “It’s objective is to finish developing and then to manufacture and distribute a proven coronavirus vaccine…prior to the end of the year. I think we’re going to have some very good results coming out very quickly.” 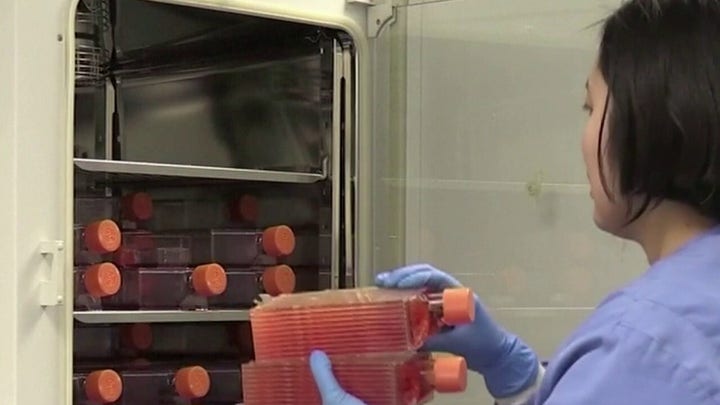 Esper said that "we will deliver on time."

"We will deliver, we will win this fight...thank you Mr. President," the defense secreary said. "We will get the job done."

The president said Saturday "will mark 30 days since we released the White House guidelines for a safe and phased opening of America."

"We're going to have an amazing year next year and a great transition into the fourth quarter," Trump said.

The president went on to discuss an "essential pillar" of the re-opening strategy, which he said is the "development of treatments and vaccines as quickly as possible."

"Very quickly," Trump said. "When I say quickly, we’re looking to get it by the end of the year if we can. Maybe before. We’re doing tremendously well."

The effort will be led by Moncef Slaoui, the former head of GlaxoSmithKline's vaccines division, and Army Gen. Gustave Perna. Slaoui will oversee the vaccine development at Operation Warp Speed, while Serna will serve as the chief operating officer overseeing logistics.

The president announced Slauoi and Perna, calling them “two of the most highly-respected and skilled” officials.

Slaoui, a highly-respected vaccine developer, who is leading the effort, said he is “very confident” that they will “be able and do the utmost to deliver these objectives.”

“I have very recently seen early data with a clinical trial for a coronavirus vaccine and this data made me even more confident..that we will be able to deliver a vaccine by the end of 2020,” he said. “We will do the best we can to do that.”

Perna added that they are undertaking a "Herculean task," but that the "combined strengths" of all involved in the effort "will ensure our success."

"We will defeat the enemy," Perna said. "Why? Because winning matters."

Meanwhile, the president said "the federal government is providing unprecedented support and resources to safely expedite the trials, moving on at record, record, record speed."

“We’re getting ready so that when we get the good word that we have the vaccine, the formula, we have what we need, we’re ready to go," Trump said, while acknowledging that the plan was “risky” and “expensive,” but that “we’ll be saving massive amounts of time -- years -- if we do this properly.”

The president said that the government and private companies have been working to develop a vaccine since January.

“We’re gearing up on the assumption that we’ll have, relatively in the near future, a vaccine,” Trump said. “Our task is so urgent, the federal government will invest in manufacturing, all of the top vaccine candidates before they’re approved.”

He added: “They better come up with a good vaccine because we’re ready to go.”

The president added that the vaccines will be manufactured “right here in the USA.”

“We’re working with other people outside, and that’s fine too,” Trump said, but added that “we want to get to the solution. We know exactly where the other countries are, and we’ll be very happy if they are able to do it…we’ll help them in every way.”

But the president maintained that regardless of when a vaccine is produced, America is “back.”

“Vaccine or no vaccine, we’re back,” Trump said. “We’re starting the process and in many cases, they don’t have vaccines and a virus or a flu comes and you fight through it. You haven’t seen something like this in almost 100 years, but you fight through it, and people, sometimes…I guess, it looks like they become immune, at least for a short period…But what we’d like to do is the vaccine.”

He added that he believes they will be “successful in doing so by the end of the year.”

The president, though, added that the U.S. response to the pandemic is “not solely vaccine based.”

“I don’t want people to think this is all dependent on vaccines,” he said. “A vaccine would be a tremendous thing, but therapeutics, what’s going on there, is equally as impressive.”

The president has been pushing an aggressive timetable for the creation of a vaccine against COVID-19, predicting during a Fox News town hall earlier this month that a vaccine would be available by December.

The president was asked during that town hall whether he was concerned about the potential risks of accelerating a vaccine and human trials, to which he responded: "No, because they're volunteers. They know what they're getting into ... They want to help the process."

The target year-end date for a vaccine is dramatically ahead of previous estimates from both public and private sector experts at the outset of the pandemic, which had said a vaccine could take up to 18 months, if not longer. But, Fauci, director of the National Institute of Allergy and Infectious Diseases, said earlier this month that it was "doable if things fall in the right place" to have a vaccine by January.

Meanwhile, before the announcement Friday, counselor to the president Kellyanne Conway said that the partnership comes “quickly on the heels of the FDA cutting a ton of red tape and regulations to allow us to already be developing therapeutics and vaccines.”

Conway said that health professionals, the military, the public and private sectors would be “fully engaged in the development of this vaccine at warp speed.”

“Really, the fastest and most broad-reaching project of its kind since the Manhattan Project,” Conway said, referring to the World War II-era research and development undertaking which produced the first nuclear weapons.

“The military will do what it needs to do to help deploy this vaccine once it is ready to be deployed,” Conway said, adding that Americans “should take a great deal of comfort” the partnership.

Meanwhile, more than 140 heads of states and health experts -- including South African President Cyril Ramaphosa, Pakistani Prime Minister Imran Khan and Nobel laureate Joseph Stiglitz -- issued an appeal Thursday calling on all countries to unite behind a “people’s vaccine” against COVID-19, to ensure any effective treatments and vaccines be available globally to anyone who needs them, for free.

At the moment, there are about a dozen vaccine candidates being tested in China, Britain, Germany and the U.S. The World Health Organization (WHO) has estimated it could take about 12 to 18 months for an effective vaccine to be found.