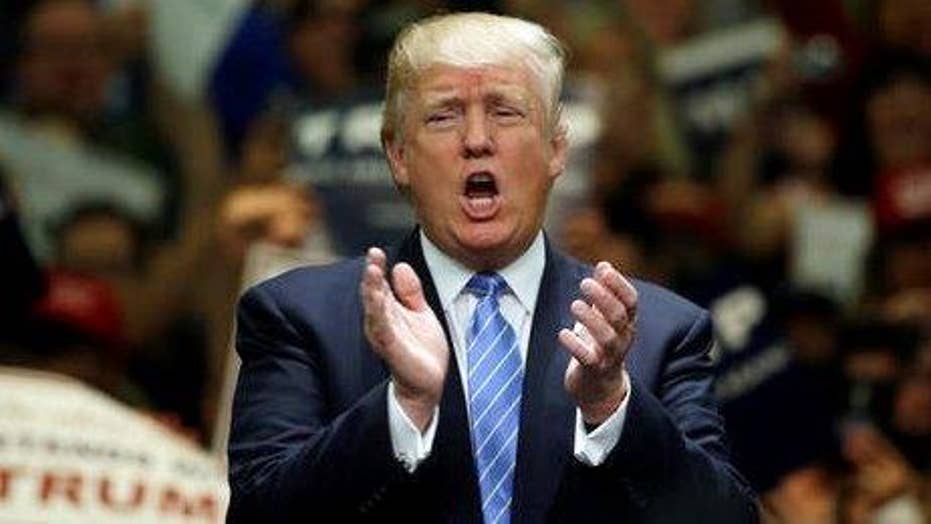 Candidate suggests there was something 'fishy' about death of Clinton White House aide; Reaction on 'The Kelly File'

Presumptive Republican presidential nominee Donald Trump admitted Wednesday to using aliases during his business career, but denied posing as his own spokesman in a recently-released recording.

"You know, over the years I've used aliases," Trump said on ABC's "Jimmy Kimmel Live", an appearance that capped a day of campaigning in Southern California. When asked by Kimmel what aliases he'd used, Trump volunteered Barron, which is also the name of the real estate mogul's youngest son.

"I used an alias in terms of setting up a meeting with Mr. Donald Trump," he said. "And many people in the real estate business do that, you use [an] alias. And you have to, frankly, otherwise they find out it's you and they charge you more money - and nobody wants to pay more money."

Earlier this month, The Washington Post reported that Trump had repeatedly posed as his own PR man during the early 1990s, variously using the aliases "John Miller" and "John Barron". The primary basis for the report was a recorded 1991 phone conversation between a People magazine reporter and "Miller", who described Trump's romantic life in detail. Trump has repeatedly denied being the voice in the recording.

On Wednesday, Trump said he'd used the tactic "especially when I was out in Brooklyn with my father and I'd want to buy something."

"And honestly nobody knew who Trump was at that time, nobody knew me, so it wasn't so much so important," he said. "But I would never want to use my name because you had to pay money for the land. If you're trying to buy land, you use different names."