The Trump administration is reportedly set to announce the closing of the Palestine Liberation Organization’s office in Washington, D.C., in a bid to pressure the Palestinian leadership to participate in Middle East peace efforts.

According to the Wall Street Journal, national security adviser John Bolton is expected to make the announcement on Monday.

“The United States will always stand with our friend and ally, Israel,” Bolton is expected to say, according to the prepared remarks. “The Trump administration will not keep the office open when the Palestinians refuse to start direct and meaningful negotiations with Israel.”

"The Trump administration will not keep the office open when the Palestinians refuse to start direct and meaningful negotiations with Israel."

The national security adviser is also planning to threaten the International Criminal Court in the same prepared remarks, saying the U.S. will impose sanctions against the organization if it investigates the U.S. and Israel, the Journal reported.

“If the court comes after us, Israel or other allies, we will not sit quietly,” Bolton plans to say, noting that ICC judges and prosecutors could be banned from entering the U.S. as a retaliatory measure.

“We will sanction their funds in the U.S. financial system, and we will prosecute them in the U.S. criminal system,” he will add. “We will do the same for any company or state that assists an ICC investigation of Americans.” 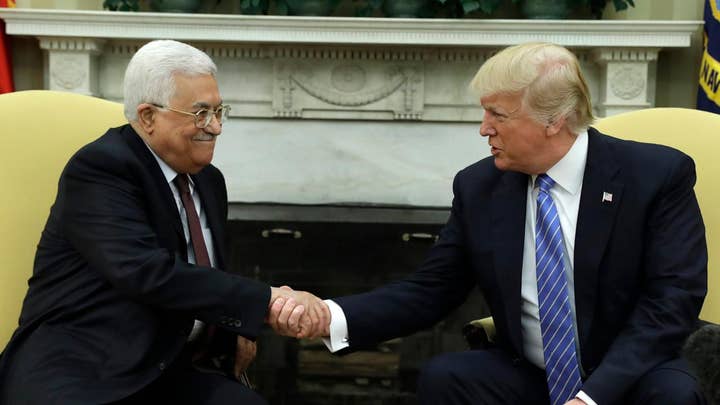 The White House reportedly mulled the shutting down of the PLO mission in Washington since last November, unless the Palestinian leadership enters serious peace talks with Israel.

Then-Secretary of State Rex Tillerson deemed the PLO responsible for violating a provision in U.S. law that prohibits the group from trying to get the International Criminal Court to prosecute Israelis for crimes against Palestinians. The penalty of such violation is closing down of the office in Washington.

The accusation of breaking the U.S. law came after Palestinian leader Mahmoud Abbas said in a September United Nations General Assembly speech that the Palestinians had “called on the International Criminal Court to open an investigation and to prosecute Israeli officials for their involvement in settlement activities and aggressions against our people.”