Secretary of State Mike Pompeo announced a cut in the annual refugee cap on Monday. (AP)

The Trump administration announced Monday it will cut the maximum number of refugees allowed into the country next year to 30,000, citing national security concerns and the need to restore integrity to the system.

Former President Barack Obama raised the ceiling to 110,000 in 2017, and the U.S. allowed in almost 85,000 refugees in 2016 -- the last full year of the Obama administration. But the Trump administration has taken a much tougher line on immigration and refugee entry, focusing on the need to fully vet those coming into the U.S.

Pompeo said even with the cut, the U.S. will continue to be the most generous nation in the world when it comes to immigration, and stressed the number should be seen in the broader context of other humanitarian programs.

“Some will characterize the refugee ceiling as the sole barometer of America’s commitment to vulnerable people around the world,” he said in remarks at the State Department. “This would be wrong.”

Pompeo said there was evidence that the previous vetting system was “defective” and at least one Islamic State (ISIS) member was allowed to get in to the country, as well as others with criminal backgrounds.

He also said a lower cap reflects the enormous backlog of outstanding cases -- consisting of 800,000 individuals in pending cases -- that needs to be dealt with.

“In consideration of both U.S. national security interest and the urgent need to restore integrity to our overwhelmed asylum system, the United States will focus on addressing the humanitarian protection cases of those already in the country,” he said.

The move represents the latest step toward an oft-stated goal by the Trump administration to secure America’s borders and strictly control who enters the country. While 30,000 is the maximum number the U.S. will admit in fiscal 2019, the actual number could be far less. So far this year, the U.S. has only admitted 20,918 refugees. 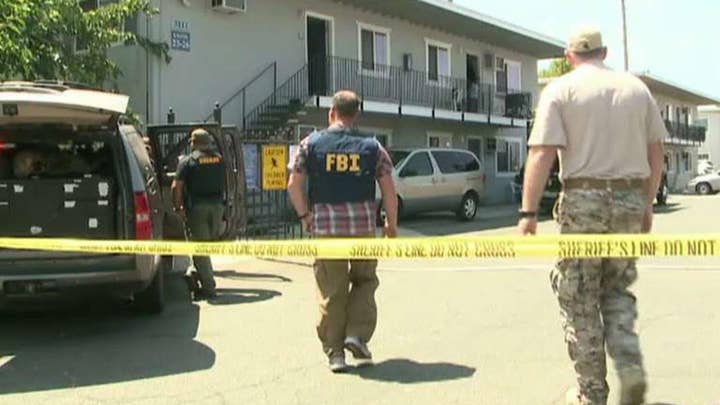 The administration secured a win for its refugee and immigration policy this summer when Trump’s travel ban on people from Iran, Libya, North Korea, Somalia, Syria and Venezuela was upheld by the Supreme Court.

In his remarks Monday, Pompeo said the U.S. is working to assist refugees as close to their home countries as possible, and prioritizing methods that allow refugees to return home when conditions allow.

"We can house, feed, and provide medical care for hundreds of thousands more refugees closer to their homes and do so more rapidly than we could possibly do here in the United States," he said. "The ultimate goal is the best possible care and safety of these people in need, and our approach is designed to achieve this noble objective."