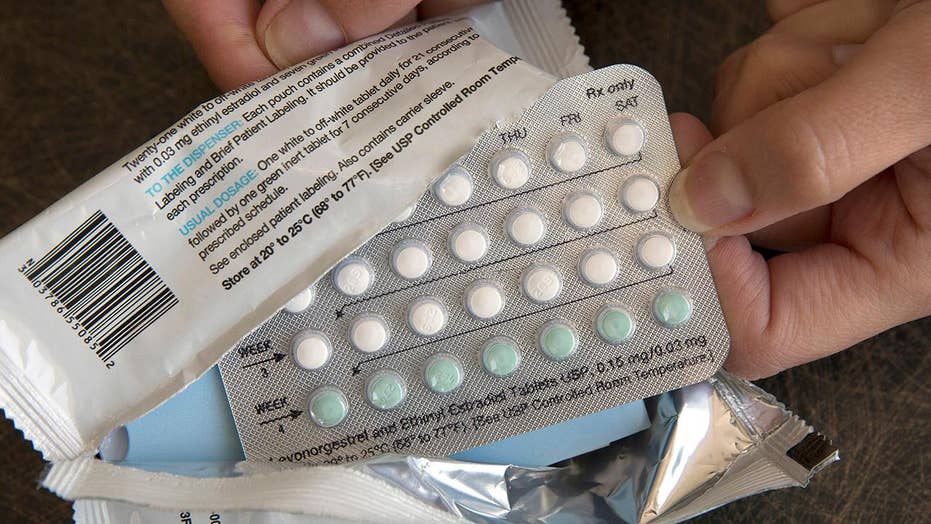 In a two-page decision, U.S. District Judge Wendy Beetlestone in Philadelphia cited the potential harm to states should the rules be enforced.

Numerous citizens could lose contraceptive coverage, Beetlestone wrote, resulting in the increased use of state-funded contraceptive services, as well as increased costs associated with unintended pregnancies.

The rules, scheduled to take effect Monday, would change an ObamaCare mandate by allowing more employers, including publicly traded companies, to opt out of providing no-cost contraceptive coverage to women by claiming religious objections. Some private employers could also object on moral grounds.

Pennsylvania’s attorney general, Josh Shapiro, called the ruling a “victory for the health and economic independence of women.”

“Women need contraception for their health because contraception is medicine, pure and simple,” Shapiro said in a statement, adding "Congress hasn't changed that law, and the president can't simply ignore it with an illegal rule."

Dr. Leana Wen, the president of Planned Parenthood, said in a statement to Fox News: “This is a win for women across our country — as a doctor, I cannot believe that we are still debating birth control in 2019, something that nine in 10 women will use in our lifetimes. Affordable, accessible birth control is why the U.S. has reached the lowest unintended pregnancy rate in 30 years. It’s time that politicians recognize birth control as health care and that women, in consultation with doctors, decide what contraception we receive — not our employers.”

Health and Human Services Department spokeswoman Caitlin Oakley said in a statement that “no American should be forced to violate his or her own conscience in order to abide by the laws and regulations governing our health care system.”

She said the new rules “uphold the freedoms afforded all Americans under our Constitution.”

The statement did not indicate whether the Trump administration would appeal.

The Little Sisters of the Poor, a Catholic order of religious women dedicated to caring for the elderly poor has been in court because of the contraceptive mandate since 2013, as Townhall reported.

“Government bureaucrats should not be allowed to threaten the rights of the Little Sisters of the Poor to serve according to their Catholic beliefs. Now the nuns are forced to keep fighting this unnecessary lawsuit to protect their ability to focus on caring for the poor,” Mark Rienzi, president of Becket Fund for Religious Liberty and lead attorney for the Little Sisters of the Poor, said in a statement to Fox News. “We are confident these decisions will be overturned.”

On Sunday, a federal judge in California blocked the rules from taking effect in the jurisdictions in the lawsuit before him. Those included California, New York and 11 other states along with Washington, D.C.

At issue is a requirement under Democratic President Barack Obama’s health care law that birth control services be covered at no additional cost.

Obama officials included exemptions for religious organizations. The Trump administration expanded those exemptions and added “moral convictions” as a basis to opt out of providing birth control services.

The Department of Justice has argued that the new rules “protect a narrow class of sincere religious and moral objectors from being forced to facilitate practices that conflict with their beliefs.”

Fox News’ Lee Ross and The Associated Press contributed to this report.